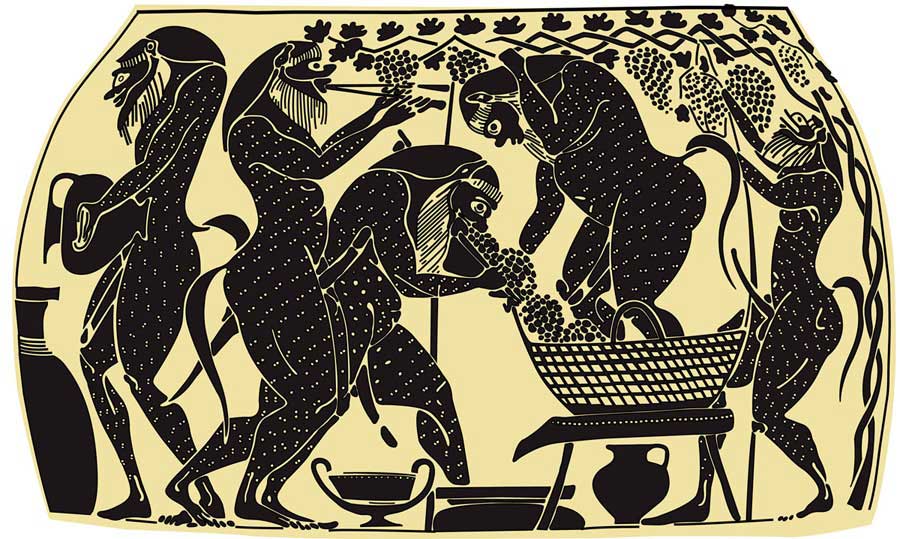 French winemaking could have roots in Italy

The famous French winemaking has ancient roots, probably Italian, as the chemical analyses of ancient organic compounds reveals that wine has been produced in the south of France as early as the 5th century BC.

At first, the Gauls drank the imported wine from the Etruscans of Italy and then they started making it themselves. Gradually, the native industry of the Gauls became famous, around the 12th, when French monks in Burgundy started cultivating the grape varieties of Chardonnay and Pinot noir.

“It’s the earliest evidence we have of winemaking by the Gauls,” said Patrick McGovern, a biomolecular archaeologist at the University of Pennsylvania in Philadelphia, who led the study, published in the Proceedings of the National Academy of Sciences of the United States of America.

Winemaking originated in the Middle East and the Caucasus region (Iran, Turkey, Georgia, Armenia) 8,000-9,000 years ago, spreading to Egypt by 3000 BC and then to Crete by 2200 BC (though wine of rice could have been produced in China even earlier).

A thousand years later, Greek and Phoenician merchants shipped and sold wine throughout the Mediterranean – using amphorae for the transport. By 600 BC, the Etruscans of central Italy were trading their own wines along the French Mediterranean coast. Because their amphorae were of the same shape as the Phoenician ones, one can assume that the Phoenician civilization had influenced the Gauls. Around the same time, Greeks established their own colony at Massalia.

For the new survey, researchers have studied finds from the coastal city and archeological site Lattara, located about 125 km west of Marseilles, south of Monpellier. Using modern chemical techniques, including mass spectrometry and infrared spectroscopy, they analysed residues inside Etruscan and Massaliote amphorae that had been found during excavations in Lattara.

The scientists found tartaric acid, which occurs in grapes, in all of the amphorae — strong evidence that they once contained wine. Further analyses revealed the characteristic fingerprints of pine resin and herbs such as basil, thyme and rosemary, which were used as preservatives or flavourings (or even to give the wine healing properties).

The researchers also found a limestone platform, dating to 425–400 BC – the oldest found in France. The platform also carried tartaric acid residues, while scattered nearby remains of seeds and grape skin were found.

According to archaeologists, the finds of their survey confirm that in the south of France not only has wine been imported, but the native Celts (Gauls), almost three centuries before the Roman conquest, had learned to cultivate vines and produce their own wine.