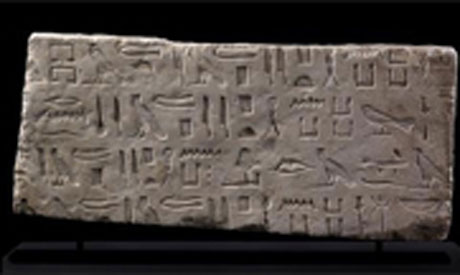 Osama El-Nahas blames lack of cooperation by MSA departments for his resignation.

The director-general of the Repatriation of Antiquities Department (RAD) at the Ministry of State for Antiquities (MSA) in Egypt, Osama El-Nahas has resigned.

El-Nahas, who submitted his resignation to Antiquities Minister Ahmed Eissa on Wednesday, bases his decision to a lack of cooperation by other departments at the MSA, which left him unable to carry out his duties. He also told Ahram Online that since he had joined the department in December 2012 his work had been stifled by the failure of other MSA departments to cooperate with him.

“Most MSA departments failed to provide RAD with detailed information to help us establish an accurate database of lost artifacts”, El-Nahas said.

He also states that the other departments also failed to help RAD produce a list of sales at foreign auction halls. MSA departments also failed to provide documents concerning police reports on thefts, the identity of missing objects or details on MSA ownership. These documents, El-Nahas said, are of great importance for preventing auction sales and retrieving lost artifacts. But, he went on to say, RAD created and executed its own new working technique in order to recover illegally smuggled antiquities.

In the first year RAD recovered 71 objects. “Although such work was praised by the foreign ministry and international authorities, no concrete collaboration was shown by other departments at the MSA,” El-Nahas said.