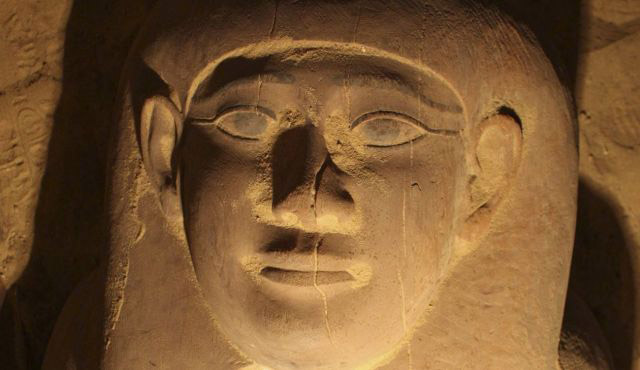 Collection had been put on block by Jerusalem auction house

Israel has returned a collection of 90 antiquities after discovering that the artifacts – presented for sale at auction – had been stolen.

The collection reportedly included clay vessels and vases, stelae and cultic figurines. The Egyptian authorities had asked Israel to investigate after noticing that a Jerusalem auction house advising on its website of some 110 ancient Egyptian artifacts going on the block. Now 90 have been seized and returned, says Cairo, and the hunt is on for the rest. Two other precious artifacts that Egypt is waiting to get back are stolen lids from elaborately decorated ancient ritual coffins, thousands of years old. Those had been found in a raid of antiques shops in Jerusalem’s Old City in 2012.

The announcement of the artifacts’ return was made Sunday by the Antiquities Minister Mohamed Ibrahim. In parallel with seeking Israel’s help, Ibrahim also urged that Interpol investigate. In contrast to the definitive announcement from Cairo, Israel’s Foreign Ministry stated on Monday that the topic is still being handled.

Antiquities theft is a huge problem for archaeologists. Not only are precious and irreplaceable remains of ancient cultures lost to science and humanity at large: often the timeline of digs are destroyed by robbers plowing through the layers with disregard for the historic record.