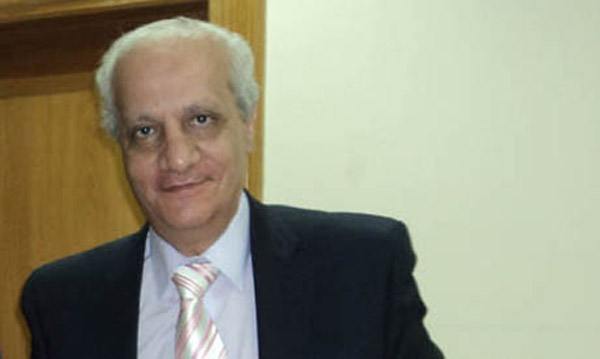 The Egyptian Minister of Antiquities on culture and looting

Egypt’s antiquity sector has been suffering from looting, suspension of excavation, shortages of funding since the start of the 2011 unrest, the Minister of Antiquities said in a recent interview with the Chinese news agency Xinhua.

“At least 2,000 artifacts have been stolen since the eruption of 2011 unrest in Egypt due to the political turmoil and consequent violence,” Mohamed Ibrahim said.

The Egyptian Museum in Cairo (Tahrir square) took the hardest hit as many priceless pieces were stolen on Jan. 28, 2011, said Ibrahim. “Only 26 pieces were retrieved in the national museum and they will be displayed again after restoration by the end of September”. The international police and cultural organizations like UNESCO have been notified to put the stolen pieces on the Red List, whose items are protected from auctions and galleries, he added.

However, the extensive looting of Malawi National Museum in the Upper Egyptian city of Minya last August suggest that the situation is far from safe for Egyptian antiquities. The attack is seen as the Islamists’ reaction toward the dispersal operation against their two sit-in camps supporting ousted President Mohamed Morsi in mid-August.”The Malawi museum had 1,089 pieces; 32 mummies and statues were smashed for being too heavy to carry, and more than 1,000 artifacts were stolen”, says Ibrahim.

He added his ministry managed to retrieve 486 pieces, including a prized 3,500-year-old limestone statue, a piece of beaded jewelry, some gold and bronze Greco-Roman coins, and some pottery and bronze sculptures of animals sacred to Thoth, one ancient Egyptian deity with a ibis head. Also, some 104 artifacts belonging to a Giza depository have been recollected, he said, adding his ministry sometimes is assisted by the army in defending the country’s valuable fortunes.

As for  excavations, the minister said neither the security nor the finance in Egypt are convenient for the work, noting the revenues are declining due to a decrease of foreign tourists. He noted that illegal digging is rampant in the Middle rather than the alleged Upper Egypt, and that the security measures are not enough to fend off looters with automatic guns and sport utility vehicles. He called for the use of electronic monitoring devices and satellites to combat illegal digging. Meanwhile, Ibrahim pointed out Egypt is a transit point for artifact trafficking and that several artifacts from Latin American countries have been seized at Cairo airport.

According to a UNESCO agreement signed in 1970, only registered relics could be reported stolen. However, diplomatic efforts have helped retrieve pieces in countries which did not sign the agreement. Fortunately, the Egyptian antiquities are very easy to track due to their uniqueness; nevertheless, Egypt, along with other countries including China and India, will form a lobby to amend the UNESCO agreement so that it can include unregistered pieces with known origin under its protection, the minister said.

Irreplaceable antiquities in Egypt are one of the main attractions for tourists from around the world and a main source of foreign exchanges for the country. Ibrahim noted the antiquity revenues in 2012-2013 have amounted to only 70 million U.S dollars, compared with 170 million dollars in 2009- 2010, and that only 435.41 dollars were collected in August, while the monthly salaries of the workers in the ministry exceed 818.44 dollars.

He added the decrease of the ministry’s income affected plans to build museums in Sharm el-Sheikh, Hurghada and Cairo, and that Egypt needs more than 26 million dollars to complete the projects.