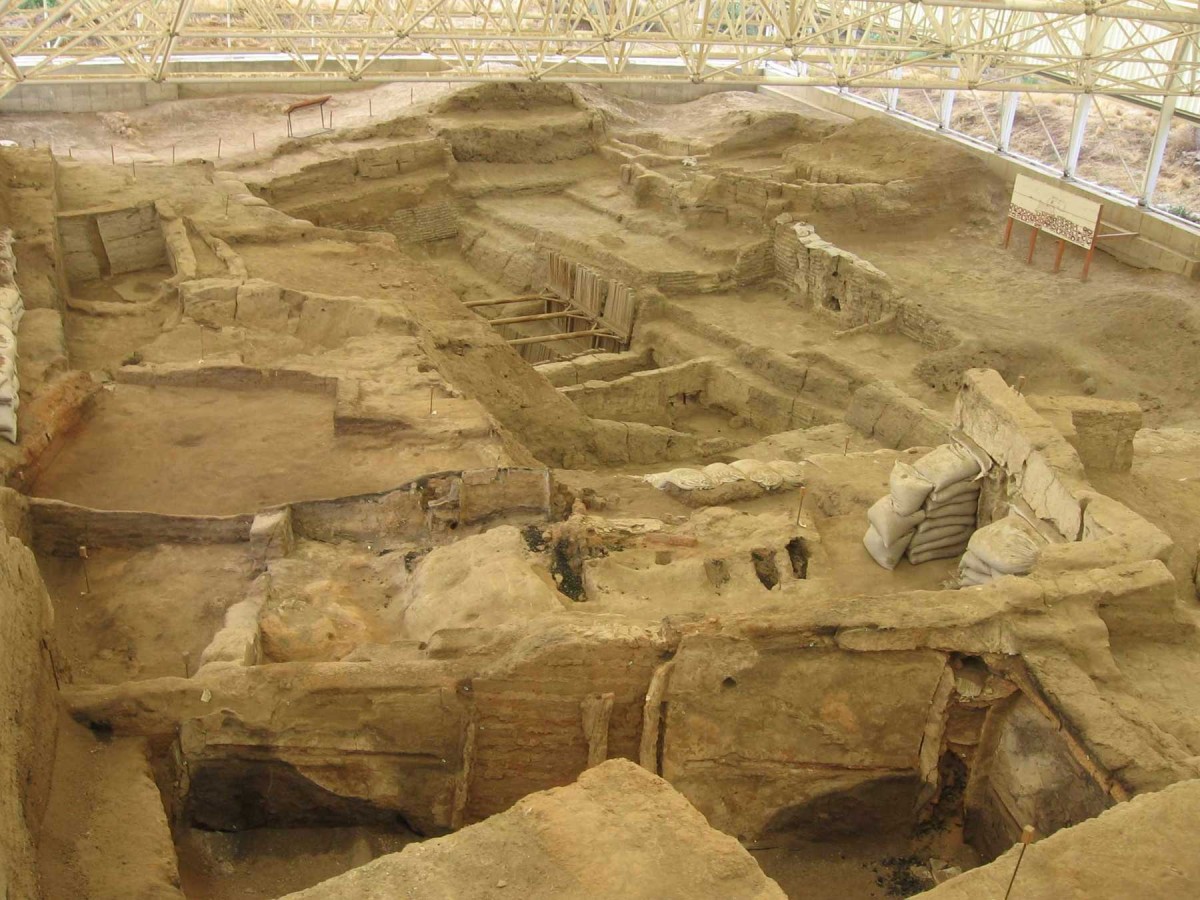 The site was added to the UNESCO list last year

Twenty years have passed since the excavations led by Ian Hodder at the Konya plain site. These past two decades archaeologists never stopped investigating the 34-acre site of the Neolithic settlement in Çatalhöyük, which has became internationally famous due to its large size and dense occupation. Soon, the 21st archaeological excavation will begin in Çatalhöyük, which was added on the UNESCO list last year.

Çatalhöyük provides important evidence of the transition from settled villages to urban agglomeration which was maintained in the same location for over 2,000 years. It features a unique street-less settlement of houses clustered back to back with roof access into the buildings. It was first discovered in the late 1950s and excavated by James Mellaart between 1961 and 1965.

Due to the unique architecture of the houses, Turkish archaeologists plan to build four different experimental houses – provided that financial sources will be found, as reported in the Hürriyet.

Because the site was added to the UNESCO list, assistant director of the Çatalhöyük excavations and Ege University member Serap Özdöl said they expected more visitors this year. So, one of the archaeologists’ goals is to “build experimental houses for visitors to get information about human life 9,000 years ago (…). The houses will bring to the forefront animal paintings that were important for the people living in Anatolia in this period including figures of leopards, bulls and vultures. (…) In these wall paintings, which are accepted as some of the earliest artworks, leopard skins are seen on people,” Özdöl said.

Another goal of the archaeologists is to pay attention to protection and prepare the ground to host visitors better. “One of our goals is to make this place available for excavations and research all the time and draw archaeology students and others. Another important goal of ours is to raise awareness for the protection of mounds and historic artifacts among local citizens,” according to Özdöl.

The main team of archaeologists would come to Konya in mid June and make the necessary preparations. Excavations would begin on June 25 with the participation of 130 archaeologists from around the world.

The Neolithic Site of Çatalhöyük

Two hills form the 34-acre site on the Southern Anatolian Plateau. The taller eastern mound contains 18 levels of Neolithic occupation between 7,400 and 6,200 B.C., including wall paintings, reliefs, sculptures and other symbolic, and artistic features. Together they testify to the evolution of social organization and cultural practices as humans adapted to a sedentary life. The western mound shows the evolution of cultural practices in the Chalcolithic period from 6,200 to 5,200 B.C.