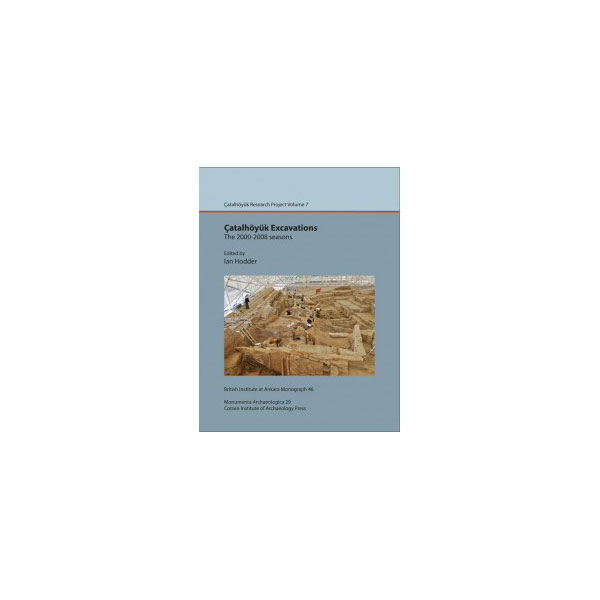 The Neolithic site of Çatalhöyük in Turkey has been world famous since the 1960s when excavations revealed the large size and dense occupation of the settlement, as well as the spectacular wall paintings and reliefs uncovered inside the houses. Since 1993 an international team of archaeologists, led by Ian Hodder, has been carrying out new excavations and research, in order to shed more light on the people who inhabited the site.

Çatalhöyük Excavations presents the results of the excavations that took place at the site from 2000 to 2008 when the main aim was to understand the social geography of the settlement, its layout and social organization. Excavation, recording and sampling methodologies are discussed as well as dating, ‘levels’, and the grouping of buildings into social sectors. The excavations in three areas of the East Mound at Çatalhöyük are described: the South Area, the 4040 Area in the northern part of the site, and the IST Area excavated by a team from Istanbul University. The description of excavated units, features and buildings incorporates results from the analyses of animal bone, chipped stone, groundstone, shell, ceramics, phytoliths, micromorphology. The integration of such data within their context allows detailed accounts of the lives of the inhabitants of Çatalhöyük, their relationships and activities. The integration of different types of data in the excavation account mimics the process of collaborative interpretation that took place during the excavation and post-excavation process.