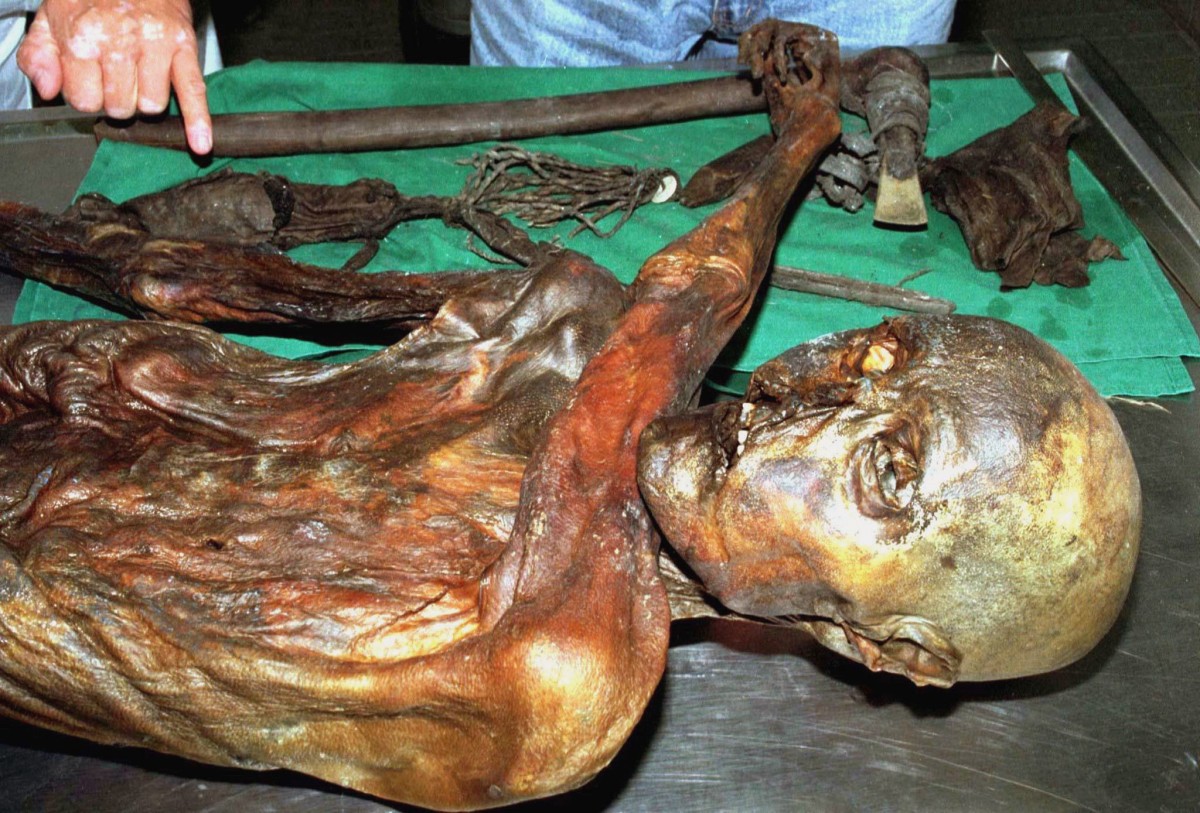 An injury to the head, not an arrow wound, may have killed Ötzi the Iceman, protein investigation showed.

The 5,300-year-old mummy found in the Alps 20 years ago has undergone a series of tests involving protein investigation. The tests  are connected with a 2007 research which showed two dark coloured areas, connected with blood loss,  at the back of Ötzi’s cerebrum. According to the researchers, this cerebral injury was additional to his well known arrowhead wound, then connected to his death. The study suggested that blood loss from the arrow wound would have first made Ötzi lose consciousness, with death coming later, from a violent blow to the head.

In 2010, a research team from the European Academy of Bolzano/Bozen (EURAC), Saarland University, Kiel University and other partners decided to investigate the proteome of two pinhead-sized samples of brain tissue from the world-famous glacier corpse. Three years later, they were able to identify a total of 502 different proteins.

“The use of new protein-analysis methods has enabled us to pioneer this type of protein investigation on the soft tissue of a mummified human, extracting from the tiniest sample a vast quantity of data which in the future may well answer many further questions,” the researchers said.

Found in a corpse almost devoid of blood, the astonishingly well-preserved clotted blood cells provide further evidence that Ötzi’s brain had possibly suffered bruising shortly before his death. Whether this was due to a blow to the forehead or a fall after being injured by the arrow remains unclear.