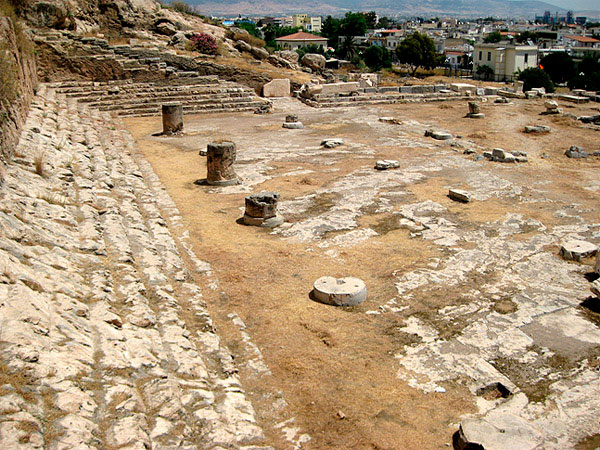 Ancient Eleusis: Enhancement of the Telesterion

Agreement on cultural development has been signed

Green light has been given to the enhancement project of the Telesterion (“Initiation Hall”) in the archaeological site of Eleusis (project budget: 100,000 €), after an agreement of cultural development has been signed between the Ministry of Education and Religious Affairs, Culture and Sports and the Region of Attica.

The project includes the following aims: preliminary works, topographic and architectural mapping, full documentation of the current state of the monument, archaeological-architectural documentation, and submission of proposals about its protection and the enhancement of the Telesterion area.

In particular, the surrounding area of the Telesterion will be cleaned, an archaeological survey will be carried out during the first three months of the project, the current state of the Telesterion area will be documented and digitized, ortho-images of the current state of the monument will be taken during the first month of the project, and a series of ortho-images will be taken after the removal of the scattered members. The 200 scattered architectural members will be moved during the second and third month of the project, while part of them will be documented and photographed. Also, rescue interventions will be carried out on walls and figurines, and rock samples will be collected from the rockmass. The damages of the monument will be recorded and evaluated to specify the type of necessary rescue interventions.

The project will run for 24 months, and will be conducted by the 3rd Ephorate of Prehistoric and Classical Antiquities.