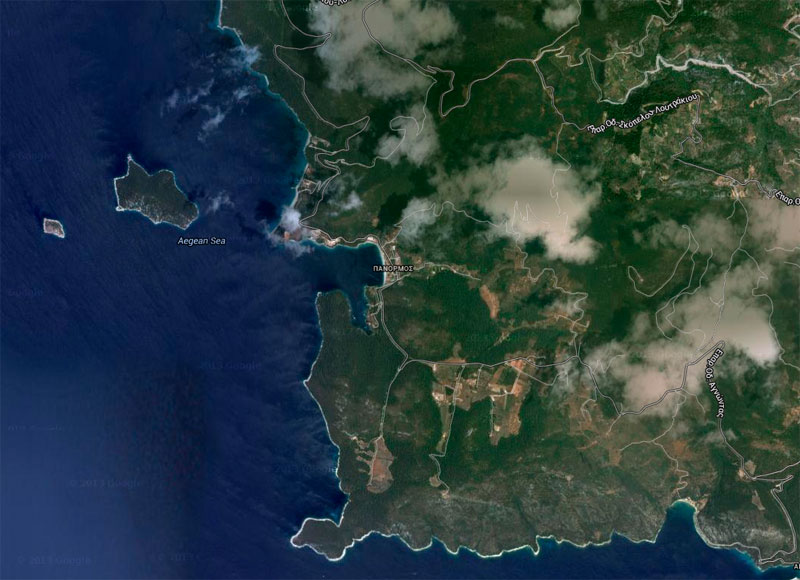 A previously unknown archaeological site has come to light during construction works of a water reservoir in Panormos of Skopelos, attracting the interest of the 13th Ephorate of Prehistoric and Classical Antiquities.

The site probably dates to the Classical period, and lies at a distance of 1 km from two already known, significant archaeological sites, the acropolis and the lower city. The rescue excavations, conducted by the 13th EPCA, started last April. Since May, archaeological investigations have been intensified, and will last until the end of the year. The archaeologists’ main aim is to clarify the character and the specific features of the new archaeological settlement which has been revealed.

The site has been located due to the abundance of the pottery fragments lying on the surface of the earth. The fragments were during the construction works of the water reservoir, as Director of the 13th EPCA, Argyroula Doulgeri-Intzesiloglou said.

Up to now, the excavation has brought to light deposits, layers of earth containing pottery. No architectural remains have been found yet, such as walls of buildings, to help researchers specify if the site was an isolated settlement, a rural settlement or a small village.

Surveys will further cover the neighboring hill, so that archaeologists gain a better understanding of the site and the finds, which probably date back to the 4th century BC and include fragments of amphorae and pottery of everyday use, possibly indicating a rural settlement of viniculture and wine production.