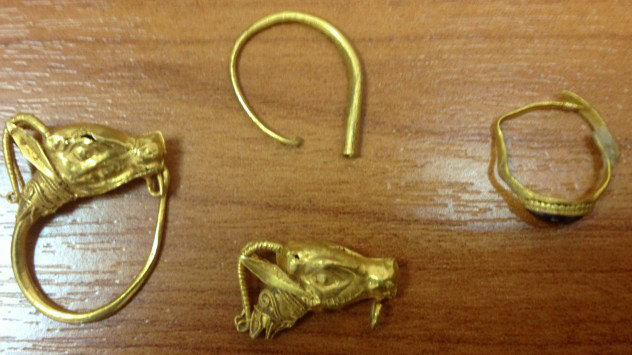 The illegal trading network was uncovered in March 2012

Fifty three people will face trial at the Criminal Court of Thessaloniki on the charges of participating in the illicit trade of antiquities in Northern and Central Greece through a network spreading along Greece and abroad.

The illegal network was uncovered in March 2012 after a giant police operation was carried out in the regions of Macedonia, Thessaly and Central Greece. The investigations of the prosecution authorities revealed a priceless archaeological treasure consisting of a thousand coins and objects from various eras.

The main defendant is a 67-year-old retired customs officer, from Yerakarou of Thessaloniki, who is temporally detained, and appears to have created a network of partners which included many of his relatives. He managed to collect mainly ancient coins from different regions in Northern and Central Greece.

Most of the defendants were people who were  digging for archaeological treasures illegally and would deliver their findings to the network established by the 67-year-old. As it occurs from the indictment issued by the Appeals Council of Thessaloniki , the main defendant appears to have funneled the ancient coins to specialized auction houses abroad.