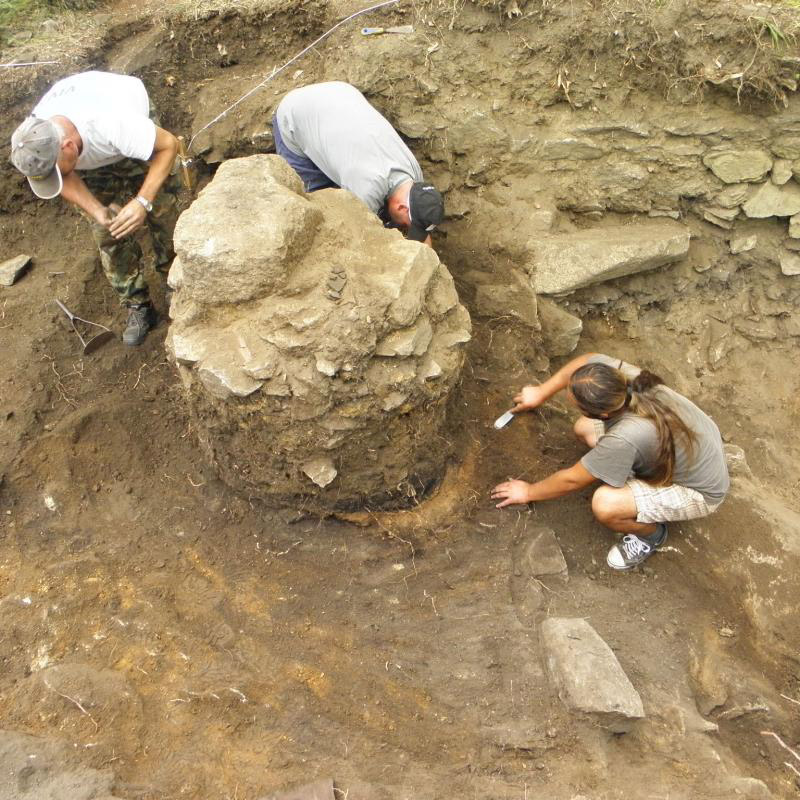 Α Thracian temple and a sanctuary of Zeus and Hera has been locaterd in Sredna Gora in central Bulgaria.

The area where the large Thracian temple as well as the sanctuary of Zeus and Hera was found covers about 50 sq m.

The earliest use of the site is estimated to date from the early Iron Age, about the eighth to sixth centuries BC.

The sanctuary of Zeus and Hera is believed to have been destroyed in the fifth century AD to enable Christians to build a nearby small single-nave church.

Other discoveries at the site included coins from the era of kings Philip II and Alexander the Great and from the late Roman republic, as well as about 1.000 fragments of ceramic vessels used for offerings in the sanctuary, Dimitrov said.

He also estimates that work will continue until early September.