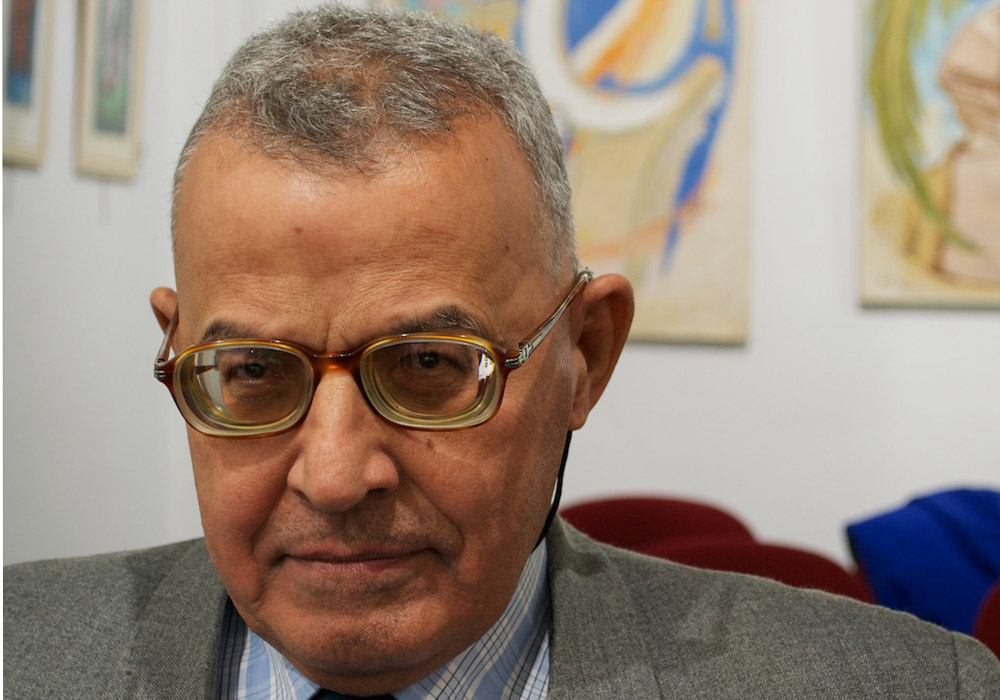 The scholarly community of classicists across the world is addressing farewell to a great scholar, true lover of the Greek spirit and a pioneer in joining the Classical with the Arab philological tradition, Professor Ahmad Etman. Professor Etman, of the Department of Greek and Latin, Cairo University, passed away on Thursday, 22 August 2013, after been hit in a car accident three days earlier.

He was born in Upper Egypt in 1945. Already in his youth, his classmates called Ahmad Etman ” ‘Ṭāhā Ḥusayn”, because of his love of literature and learning, and his great intellectual capacity. After he finished school within the top ten of his year group in the whole of Egypt, he was customarily awarded a prestigious scholarship by the then Egyptian leader Gamal Abdel Naser on 21 December 1961. Ahmad Etman could have studied any subject. He chose Classics. The reason for this was twofold: he was himself profoundly influenced by Ṭāhā Ḥusayn, a fervent advocate of Greek and Latin; and his future teacher Muḥammad Ṣaqr Ḫaffāǧa told him that he would be able to run the department within a decade or so.

So he joined the Department of Greek and Latin at Cairo Univeristy, and had a brilliant career there. He obtained his doctorate with top marks from the University of Athens in 1974; it dealt with the problem of the apotheosis of Hercules, comparing Sophocles’ Women of Trachis with Seneca’s Hercules on Mount Oeta. His career at Cairo University was rapid: demonstrator in 1965 on the completion of his BA; lecturer in 1974; associate professor in 1981, full professor in 1986, at the age of 41. He served as chairman of the Department of Classics twice (1989–94 and 1997–2000), received numerous awards, and published widely on classical theatre, reception studies, comparative literature, and the Graeco-Arabic translation movement.

He wrote half a dozen plays himself (two of which are discussed above), many of which were translated into European languages and performed in Egypt and elsewhere. One of his many achievements was to establish Graeco-Arabic, and Arabo-Latin studies firmly as part of the Cairo curriculum. In fact, his monumental study on the Graeco-Arabo-Latin translations had appeared just a few days before he died (Al-Munǧiz al-ʿArabī al-Islāmī fī t-tarǧama wa-ḥiwār aṯ-ṯafāqāt min Baġdād ʾilā Ṭulayṭila [The Arabo-Islamic Achievement in Translation and the Dialogue among Cultures from Baghdad to Toledo] [Cairo: Al-Hayʾa al-ʿāmma li-l-kitāb, 2013]).

An obituary will appear in this year’s last issue of International Journal of the Classical Tradition.