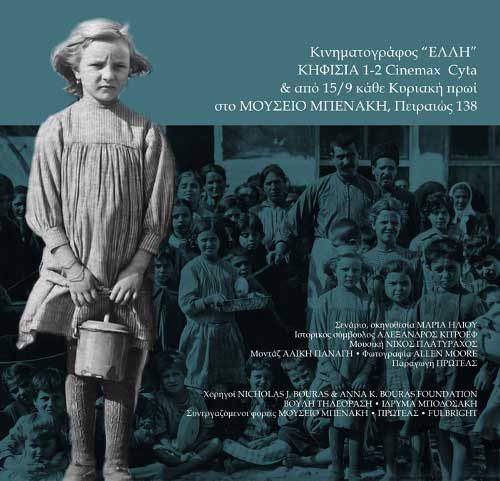 From both sides of the Aegean

Documentary showing “From both sides of Aegean. Expulsion and Exchange of populations, Turkey – Greece, 1922-1924”.

Director Maria Iliou and historical consultant Alexander Kitroeff who, in 2012, presented the documentary “Smyrna. The destruction of a cosmopolitan city, 1900-1922”, at the Benaki Museum as well as in movie theaters, now present Part II entitled “From both sides of Aegean. Expulsion and Exchange of populations, Turkey – Greece, 1922-1924” which deals with the Expulsion and Exchange of populations between Turkey and Greece in 1922-1924, once again bringing to audiences unpublished images forgotten in “locked” file cabinets in America and Europe as well as a new perspective.

The two collaborators want to pay tribute to the people who lost their homes in the period 1922-1924 and, at the same time, to honor the science of history. Historians from America, Europe, Greece and Turkey discuss the greater history of the period while first, second and third generations of refugees from both sides of the Aegean tell their personal stories. The little family tales unfold on the shores of Asia Minor, in the Pontus and in Cappadocia, as well as in northern Greece and Crete. Indeed, two of the narrators, Kalliopi, the daughter of Greek-Orthodox refugees from Cappadocia and Husnu, the son of Muslim refugees from Crete recount the stories of their families in Turkish and Cretan Greek respectively.

The documentary is corroborated by rare photographic material and film footage culled from archives in America and Europe. For the first time unknown images of the Expulsion and the Population Exchange from the archives of the Library of Congress, Princeton University, the Red Cross in Geneva as well as the American Red Cross, the Save the Children Fund, the Albert Kahn Foundation, the University of Minnesota and other institutions in Greece and abroad are being published. Also, for the first time we will be seeing some of the lost photographs of the great American photographer Lewis Hine, images from the archive of Near East Relief that was closed for years, as well as footage from the lost YMCA film shot in Asia Minor and Greece from the archive of Robert Davidian.

The rare visual archive material was salvaged and preserved by the non-profit organization PROTEAS & PROTEUS NY INC. and its sponsors. For the film’s soundtrack, Aliki Panagi, the film and sound editor used sounds of the period in order to bring the events to life while musician Nikos Platyrachos relied on songs of the era from Asia Minor and Greece in order to compose his original musical score.