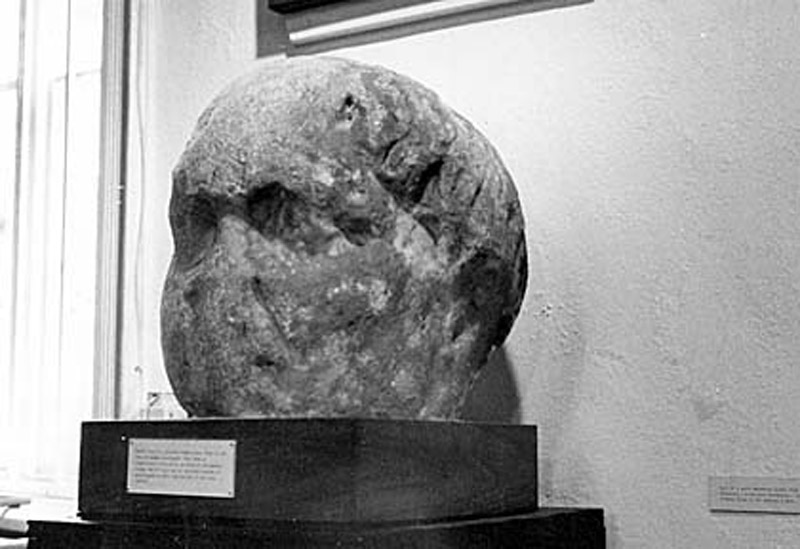 A 26-stone head found in a flower bed in a Hampshire vicarage garden could represent Nero, the rarely-glimpsed Emperor whose first century rule over the Roman Empire began when he was a 14-year-old.

Known as the Bosham Head, the spectacular cranium imposes itself within the Collections Discovery Centre at Fishbourne. Archaeologists have been using 3D scanning in a bid to determine whether it was carved seperately from its body.

“The Jupiter Stone found beneath the post office on West Street depicts the iconic image of the three graces, although only two women are shown,” says Anooshka Rawden, the Collections Officer at Chichester’s Novium museum.

“Academics often debate whether the Romans produced art at all or whether they simply copied and adapted original work by the ancient Greeks.

Portraits of Nero were often destroyed as a backlash against his reputation for cruelty.

“It is really exciting that more information about the Bosham Head is being uncovered, including new speculation as to who it may depict,” says Eileen Lintill, of Chichester District Council.

“It has always been a bit of a mystery to museum staff as to who it was meant to represent.

“It is fascinating that we can learn more about items in The Novium’s collection using new technology such as 3D digital scanning.”