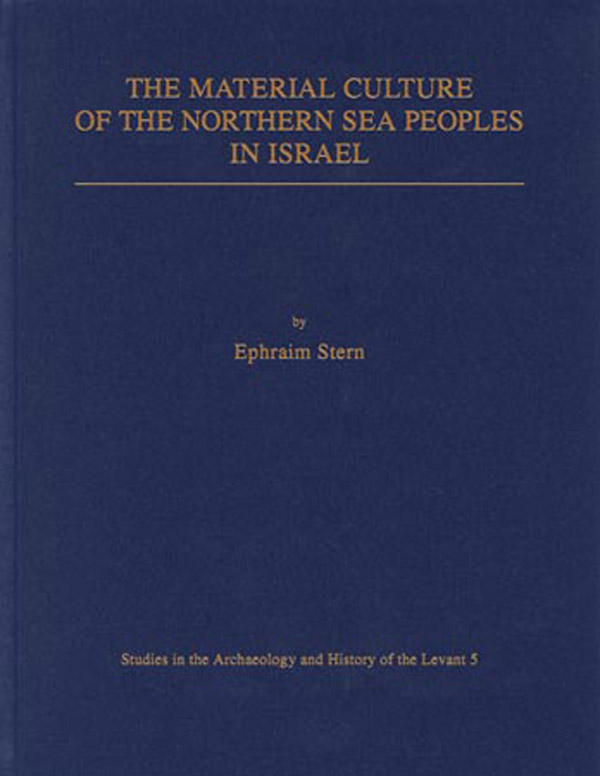 E. Stern, The Material Culture of the Northern Sea Peoples in Israel

Studies in the Archaeology and History of the Levant 5. Winona Lake, IN: Eisenbrauns.

This monograph is the product of Stern’s two decades of excavation at Tel Dor on the Carmel Coast, a city that Egyptian sources indicate was ruled in the eleventh century BCE by a Sikil king. Near the end of the period during which he directed excavations there, Stern began to notice the unique material culture of the Northern Sea Peoples and connected this material with discoveries in adjacent regions and in the north of Israel. A related survey of the ‘Akko Valley conducted by Avner Raban resulted in a further accumulation of data that supported the conclusion that the Sea Peoples that Egyptian sources indicated had settled in this region had in fact left behind evidence of their presence. This realization preceded the appearance of additional information—both material culture and inscriptions—that reflected the presence of Northern Sea Peoples throughout portions of northern Syria and southern Anatolia.

Two main principles guide Stern’s study. (1) Historical sources provide the best evidence for contemporary events—in this case, specifically, the evidence concerns the Sikils and Sherden, as well as biblical sources that refer to Northern Sea Peoples as “Philistines” and that recount their wars with Israel in the north of the land, in the Jezreel Valley, and in Gilboa. (2) Ethnic archaeology is a genuine concept: every people that settles in any area naturally leaves marks of its own culture. The conclusion that is traced here, then, is that the culture of the Northern Sea Peoples, though difficult to identify, nonetheless did leave clear evidence that becomes apparent when the relevant strata at sites along the coast from the Yarkon and farther north and in the ‘Akko and Jezreel Valleys are examined.

In this volume Stern presents the most complete picture that can be drawn from the evidence uncovered in the past few decades. Lavish illustrations accompany the discussion.