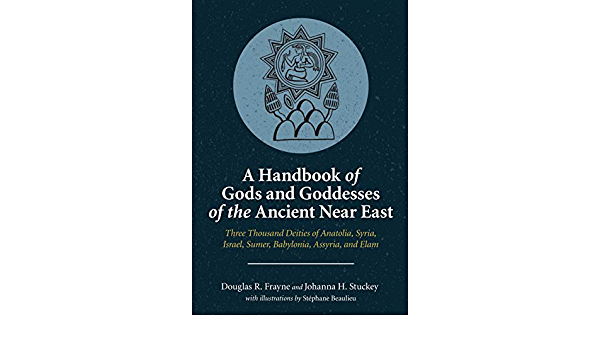 A Handbook of Gods and Goddesses of the Ancient Near East

From the tragic young Adonis to Zašhapuna, first among goddesses, this handbook provides the most complete information available on deities from the cultures and religions of the ancient Near East, including Anatolia, Syria, Israel, Sumer, Babylonia, Assyria, and Elam.

The result of nearly fifteen years of research, this handbook is more expansive and covers a wider range of sources and civilizations than any previous reference works on the topic. Arranged alphabetically, the entries range from multiple pages of information to a single line—sometimes all that we know about a given deity. Where possible, each record discusses the deity’s symbolism and imagery, connecting it to the myths, rituals, and festivals described in ancient sources. Many of the entries are accompanied by illustrations that aid in understanding the iconography, and they all include references to texts in which the god or goddess is mentioned.

Appropriate for both trained scholars and nonacademic readers, this book collects centuries of Near Eastern mythology into one volume. It will be an especially valuable resource for anyone interested in Assyriology, ancient religion, and the ancient Near East.

Douglas R. Frayne was Associate Professor of Near and Middle Eastern Civilizations at the University of Toronto, where he also worked as editor of the Royal Inscriptions of Mesopotamia project.

Johanna H. Stuckey is University Professor Emerita at York University in Toronto. She is the author of Women’s Spirituality: Contemporary Feminist Approaches to Judaism, Christianity, Islam and Goddess Worship.