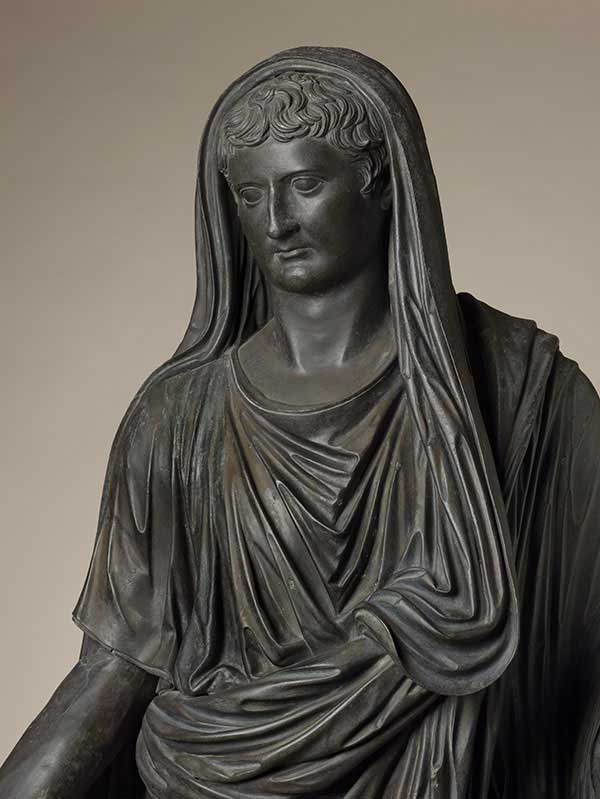 Tiberius: Portrait of an Emperor

At the Getty Villa

Buried by the eruption of Vesuvius in A.D. 79, an over-life-size bronze statue of Tiberius (ruled A.D. 14-37) was discovered in 1741, during the first years of excavation at Herculaneum. The subject of a recent conservation project at the Getty Villa, the sculpture —on loan from Museo Archeologico Nazionale in Naples— provides the occasion to explore Tiberius’s character and career. Through twists of fate and familial circumstance, he succeeded Augustus to become Rome’s second emperor. Yet, ill at ease with his position, he famously removed himself to the island of Capri for the final decade of his reign. This exhibition has been co-organized by the J. Paul Getty Museum and the Museo Archeologico Nazionale in Naples.