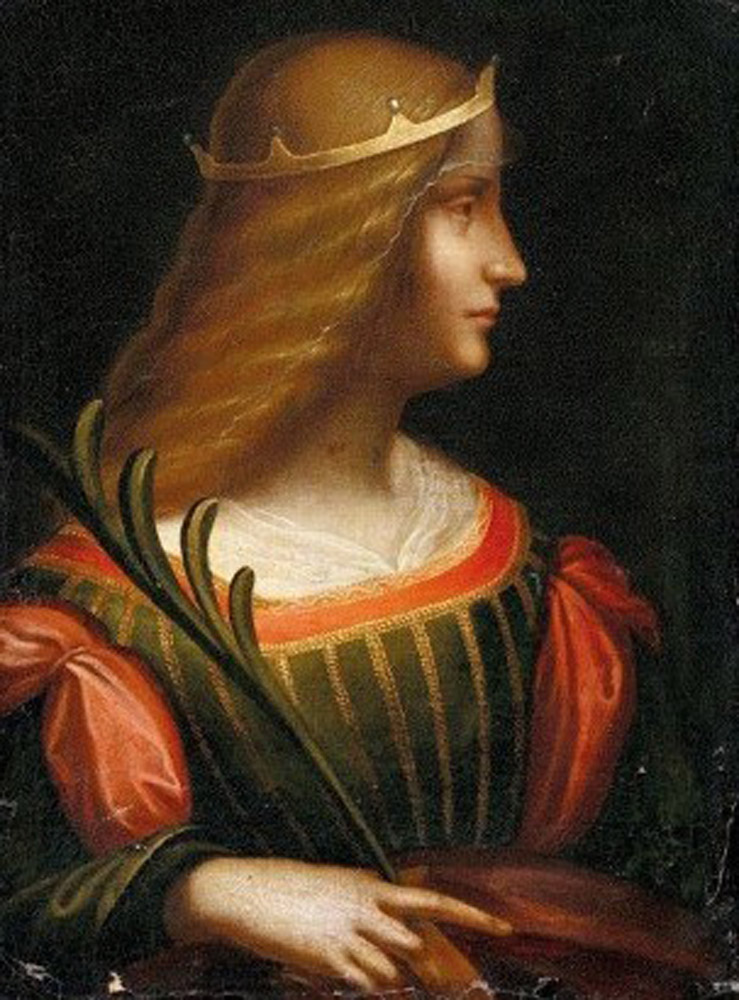 It depicts Isabella d' Este, the rival of Lucrezia Borgia

For centuries it was believed that Leonardo da Vinci made a pencil sketch of Isabella d’Este, but that he never completed a full portrait of the famous Renaissance noblewoman. Now, a discovery in a bank vault in Switzerland has revealed that the Italian art master likely did do a finished piece.

The painting has been part of a private collection of 400 works owned by an Italian family and kept in a Swiss bank. Experts have now looked and tested the portrait, which measures 24 inches by 18 inches and was painted canvas, and believe that da Vinci created it.

“There are no doubts that the portrait is the work of Leonardo,” says Carlos Pedretti, a professor emeritus of art history professor at the University of California Los Angeles. “I can immediately recognise Da Vinci’s handiwork, particularly in the woman’s face”.

According to the Italian newspaper Corriere della Sera, the University of Arizona conducted carbon dating tests that revealed with 95 percent accuracy that the artwork was painted sometime between 1460 and 1650. Other tests have shown that the type of pigment in the portrait was the same as that used by Leonardo, as was the primer used to treat the canvas.

Leonardo da Vinci met Isabella d’Esta, Marchesa of Mantua in either 1499 or 1500, and made a pencil sketch of her. The Marchesa, one of the most prominent noblewomen of the Renaissance and a rival to Lucrezia Borgia,  was pleased with the drawing and sent letters to da Vinci asking for a full portrait to be done. Art historians had believed that the the artist was never able to paint the full version.

There are only about 15 confirmed Leonardo da Vinci paintings known to exist. If the art world ultimately recognizes that this is also one of his works, it will be worth tens of millions of dollars.