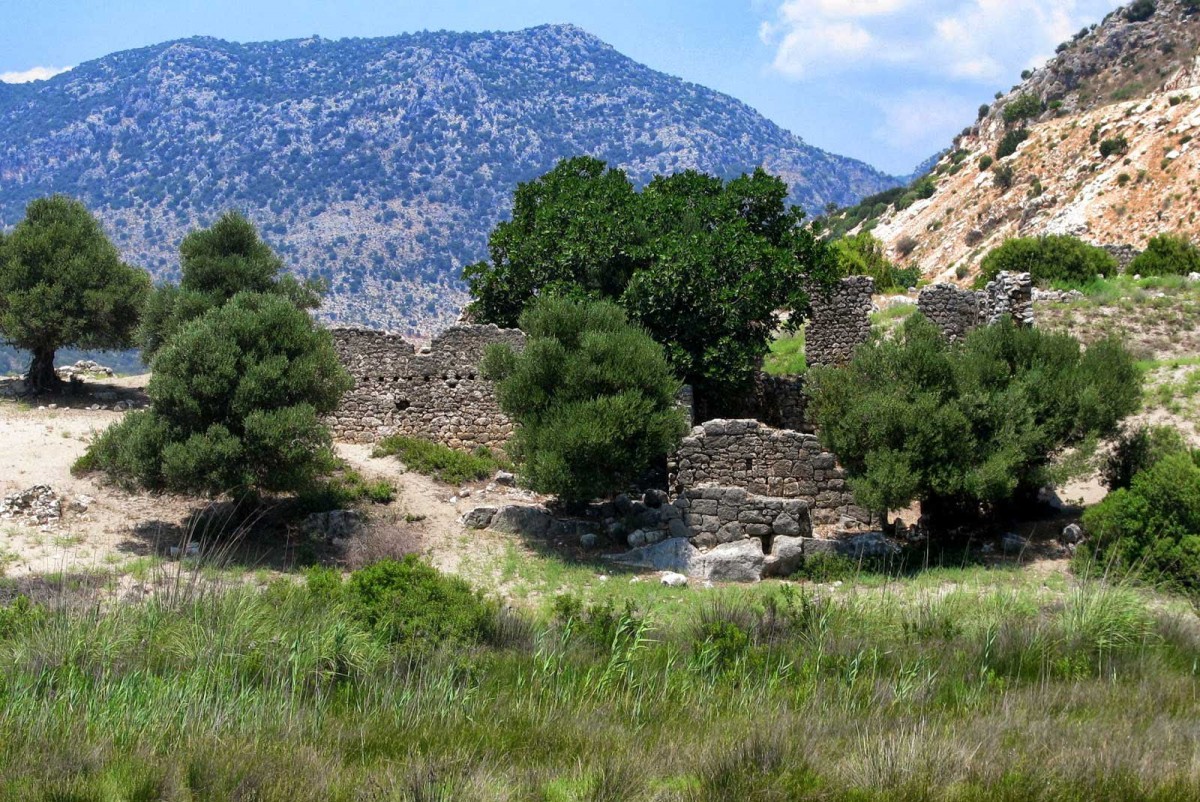 The western part of the ancient city of Andriake, previously unattainable due to its remote location surrounded by trees and bush, has been unearthed and cleaned. The ancient city, whose remains go back to the Hellenistic Period (4th century B.C.), is located near Turkey’s southern province of Antalya’s Demre district (known as Lycia in ancient times) and served as the port of Myra located 5 km to the northeast.

Works carried out under the leadership of the Antalya Museum restorer Serkan Akçay, lasted 30 days. Nine workers cut the bush and reeds and pruned the trees. The 300-meter-long and 50-meter-wide ancient city was revealed in the end of works, and arched structures, a church building and city walls from the Roman and Byzantine period came to light.

Antalya Museum Director Mustafa Demirel said that scientists knew about the western part of the ancient city but had not seen it. He said that Demre was visited by 600,000 people every year and it had gained a new tourist attraction. “The ancient city gained a new appearance for those visiting the Kekova region and Çayağzı Port. The underground richness here will also be unearthed,” he said.