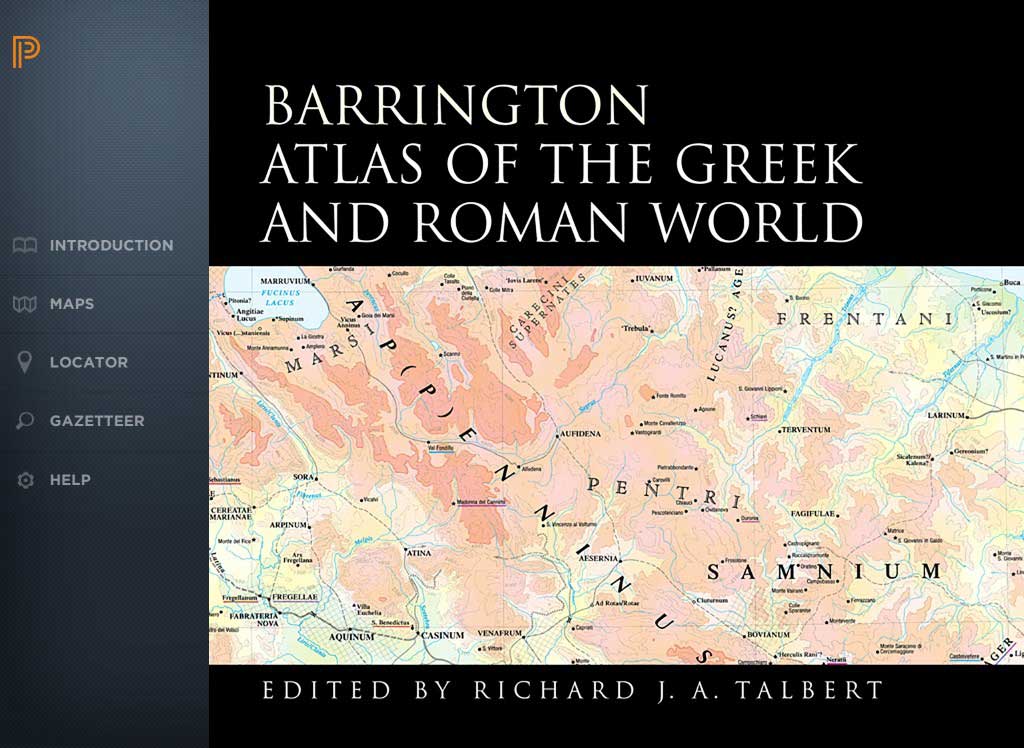 In 102 interactive color maps, this app re-creates the entire world of the Greeks and Romans from the British Isles to the Indian subcontinent and deep into North Africa. Unrivaled for range, clarity, and detail, these custom-designed maps return the modern landscape to its ancient appearance, marking ancient names and features in accordance with modern scholarship and archaeological discoveries. Geographically, the maps span the territory of more than seventy-five modern countries. Chronologically, they extend from archaic Greece to the Late Roman Empire.

Upon its print publication in 2000, the Barrington Atlas of the Greek and Roman World was hailed by the New York Times as “the best geography of the ancient world ever achieved” and deemed by classicist Bernard Knox to be “an indispensable tool for historians concerned with ancient times” as well as “a source of great pleasure for the amateur.” The app makes this unsurpassed reference work more portable and affordable than ever before possible.

A must-have for scholars, this app will also appeal to anyone eager to retrace Alexander’s eastward marches, cross the Alps with Hannibal, traverse the Eastern Mediterranean with Saint Paul, or ponder the roads, aqueducts, and defense works of the Roman Empire.