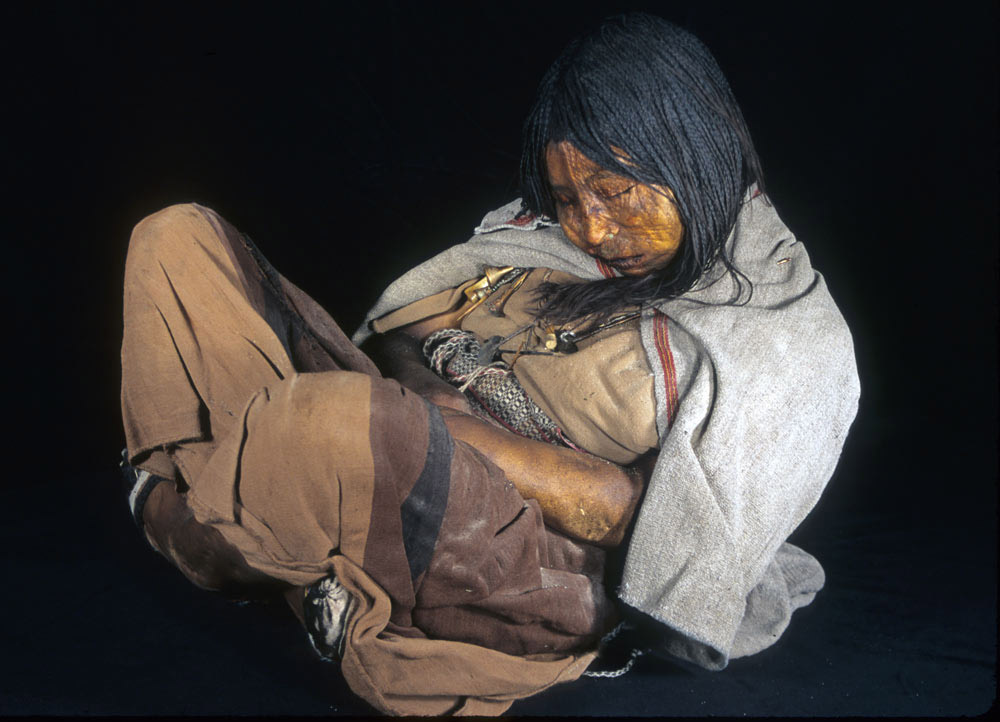 With the genomes of Ötzi, the 5300-year-old iceman, and even Neandertals pouring out of DNA sequencing labs lately, one might think that it’s now a piece of cake to glean the entire genetic code of an ancient human. But it turns out that those studies used exceptionally pure samples of DNA taken from human bone, tooth, hair, or other tissue typically preserved in frozen soil, ice, or a chilly cave. More often, human remains found by scientists have been sitting in soil warm enough to harbor bacteria, which swamp out the human DNA with their genes and make it too costly to analyze. However, a clever new method for purifying ancient human DNA samples—reported last week at the annual meeting of the American Society of Human Genetics—could change that.

The average ancient DNA sample taken from, say, a human tooth or bone is often less than 1% short, degraded pieces of human DNA; the rest is bacterial DNA. Although scientists could sequence this gemisch, they would have to run the samples through their sequencing machines many times to zoom in on the human DNA portion, and it’s not worth the cost. Instead, researchers often prepare stretches of modern human DNA that roughly match the genes or sequences they’re interested in and use these so-called probes to filter the sample. (Modern and ancient human DNA are similar enough that the probes will stick to the ancient DNA.) But this is still expensive, and it reveals the sequence of only a subset of the genome.

A team at Stanford University has now come up with a better idea. Postdoctoral researcher Meredith Carpenter and others in the lab of Carlos Bustamante made their probes from RNA instead of DNA, which is “super cheap”, Bustamante says. They found a way to make enough RNA probes to cover the entire genome of an average modern human. The probe has a chemical group that sticks to special beads, so when the researchers mix the probes with an ancient DNA sample, they can wash away the nonhuman DNA. The final step is to use an RNA-chewing enzyme to get rid of the probes, leaving only pure ancient human DNA that can then be fed into a genome sequencing machine.

When the researchers tested this filtering method on a dozen ancient bone, teeth, and hair DNA samples from 500 to 3500 years old, they gleaned twofold to 13-fold more human genetic sequence from the samples than they could have by simply sequencing the mixture the same number of times. This higher resolution yielded new information about the samples. For instance, while previously they could only say that a more than 2500-year-old Bronze Age tooth from Bulgaria was European, they could now narrow its ethnic origin down to central or southern European. The team was also able to determine that a more than 500-year-old Peruvian mummy did not have European ancestry, as Spanish explorers claimed.

This new method will “substantially increase the number of samples amenable to whole genome sequencing,” said Bustamante in a talk at the conference. He and his colleagues are now trying it on ancient dog DNA to elucidate the domestication of dogs. They also think the approach might come in handy for modern-day forensic scientists dealing with bacteria-tainted human DNA samples, as well as for microbial genomics researchers who need to remove contaminant human DNA from a sample.

The method is “super exciting and very interesting,” said geneticist David Reich of Harvard University, who studies the Neandertal genome, at the meeting. He tells Science in an e-mail that there are Neandertal samples that have enough DNA to sequence, but it’s not worth it because they’re too contaminated by bacteria. “I think it remains to be seen whether the approach will become a practical method for whole genome sequencing of these difficult but important ancient DNA samples, but I think it is exciting that this is even conceivable.”