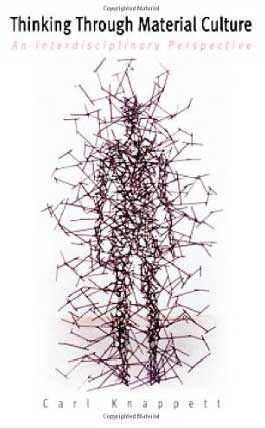 Over the last twenty years the interest in things has increased. This material turn has explored the social life of things, the way things and society are co-produced and even the degree to which subject-object dualisms can be broken down entirely. More recently anthropologists and archeologists such as Ian Hodder, have criticized these studies for not going far enough, arguing that the approach to things across the academy is still too much concerned with what things can do for humans in society, their symbolism, their efficiency in performing a particular task, or their material links to actor networks.

For the “Why Things Matter” conference the Organizing Committee invites potential participants to propose short papers that will attempt to look even more closely at things themselves, to try and see the thing itself and its multiple connections, for example papers that reflect on:

-The dependencies of things both on people and on other things;

-Transformations of things precipitated by both internal and external forces and how these changes may impinge on human experience;

-The variance of time scales of things particularly compared to human life, with some things enduring well beyond human experience, and others so transitory that we hardly notice them;

-The way thingness can be hidden as when things like window panes or screens can be invisible, because we look through and not at them;

-Different ways of conceptualizing things from Entanglement to ANT to SCOT · Things in the formation and development of the human mind.

Potential topics include: the landscape, the emergence of modern humans, the extended mind, the artefact, natural things, intangible things

Inquiries and submissions should be sent to the organizers.