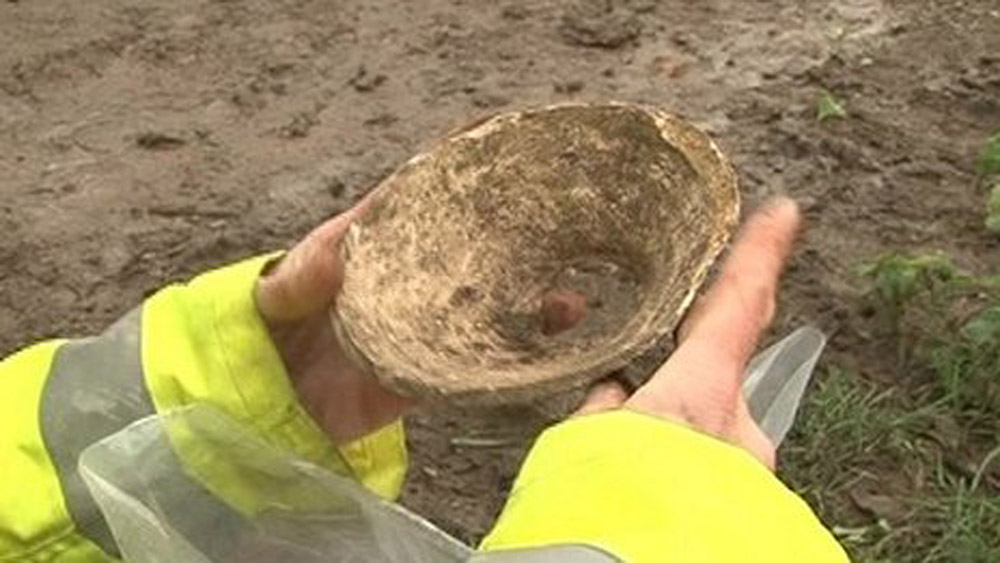 Roman pottery, evidence of a Roman settlement and “possibly Saxon” artefacts have been found at a proposed solar farm site at Newborough, near Peterborough, UK.

In Newborough “we’ve got a number of fragments of pottery dating from between the 1st and 3rd Centuries AD, and one potential Romano-British settlement.It’s quite a small farmstead with perhaps a number of roundhouses. We’ve also identified a couple of sites that may be late prehistoric, possibly settlements or funerary sites which we still need to look at.”, says Richard O’Neill, from Wessex Archaeology, who supervises work on the site. Mr O’Neill also confirmed experts were examining artefacts believed to date from the Saxon era.

The area has a history of important archaeological finds. In 1982 archaeologist Dr Francis Pryor discovered the nearby Bronze Age settlement of Flag Fen which comprises thousands of timbers connecting Whittlesey Island with Peterborough and was used for ritual and worship for 1,000 years. “The edges of the Fen are where people have stayed and settled in prehistory, and there’s absolutely no reason why there shouldn’t be another Flag Fen out there, or a site that we can’t imagine,” Dr. Pryor commented.

Mr O’Neill said the discoveries made so far in Newborough were “not a Flag Fen, but of local and regional significance”.

Plans for the solar energy farm at three council-owned sites at Newborough, Morris Fen and America Farm were put on hold after English Heritage stepped in suggesting the area could be “nationally important”. Archaeologists are expected to continue excavating for three weeks, although Mr O’Neill said work would continue beyond that if evidence of older settlements was found.