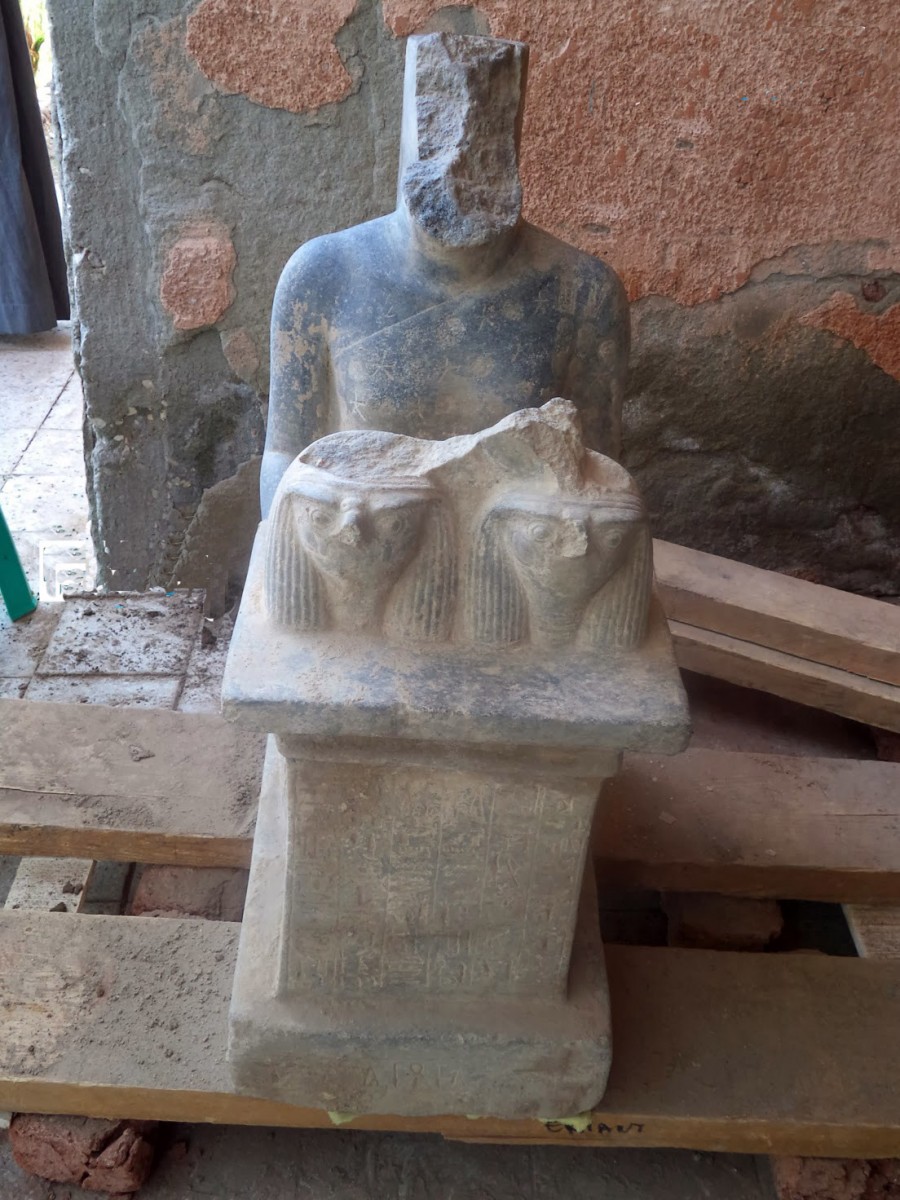 By the University of Monptpellier and IFAO archaeological mission

The Minister of Antiquities announced the discovery of two Ramesside statues in Armant temple by the mission of IFAO and University of Montpellier. The first statue is made of limestone and depicts a temple scribe called Imen Hep. The other one is of diorite and depicts a High Priest.

According to Ali El Asfar, Vice director of the Ancient Egyptian Antiquities Department, the first statue is 69cm-high and 48cm-wide and shows the High Priest in a worshipping position on his knees carrying an offering table holding two falcon heads representing God Montu.

The second statue is 92 cm in height and 62 cm in width and shows the scribe sitting and between his hands, on his lap, a sarcophagus and niche which has a statue of God Montu inside holding an Ankh. The sides of the niche show different scenes with the statue owner and his family. The sides of the statue show a repeated scene of a woman holding ritual tools.