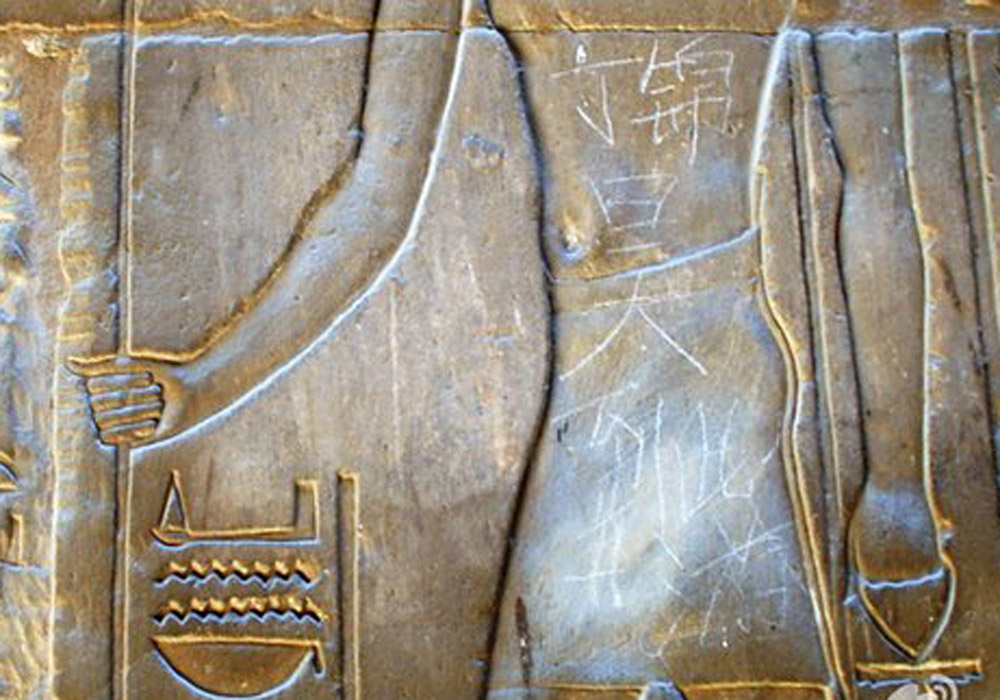 A human figure depicted in relief has suffered serious damages, after a Chinese tourist carved his name on it…

The incident took place yesterday in Luxor, Egypt. As reported -and seen through numerous social media- a Chinese tourist named Ding Jinhao decided to “secure his place to eternity” by carving ” Ding Jinhao was here” on an ancient Egyptian relief. The monument of which the relief forms part has not been named although it appears to be Hellenistic in date.

According to Chinese bloggers, several tourists attempted to remove the markings themselves, resulting in the white smudge that appears in the photograph above. Shortly after the outrage, Ding Jinhao’s parents issued a statement to Chinese media, apologizing for their son’s action.

It is not yet clear whether the markings can be removed in order to safely restore the temple wall to its original state.