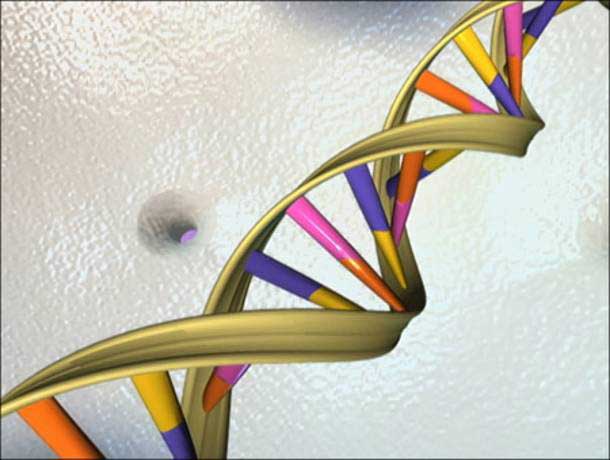 Ancient viruses from Neanderthals have been found in modern human DNA by researchers at Oxford University and Plymouth University.

The researchers compared genetic data from fossils of Neanderthals and another group of ancient human ancestors called Denisovans to data from modern-day cancer patients. They found evidence of Neanderthal and Denisovan viruses in the modern human DNA, suggesting that the viruses originated in our common ancestors more than half a million years ago.

This latest finding, reported in Current Biology, will enable scientists to further investigate possible links between ancient viruses and modern diseases including HIV and cancer, and was supported by the Wellcome Trust and Medical Research Council (MRC).

Around 8% of human DNA is made up of “endogenous retroviruses” (ERVs), DNA sequences from viruses which pass from generation to generation. This is part of the 90% of our DNA with no known function, sometimes called ‘junk’ DNA.

“I wouldn’t write it off as ‘junk’ just because we don’t know what it does yet,” said Dr Gkikas Magiorkinis, an MRC Fellow at Oxford University’s Department of Zoology. “Under certain circumstances, two ‘junk’ viruses can combine to cause disease – we ‘ve seen this many times in animals already. ERVs have been shown to cause cancer when activated by bacteria in mice with weakened immune systems.”

Dr Magiorkinis and colleagues are now looking to further investigate these ancient viruses, belonging to the HML2 family of viruses, for possible links with cancer and HIV.

“How HIV patients respond to HML2 is related to how fast a patient will progress to AIDS, so there is clearly a connection there,” said Dr Magiorkinis, an author on the latest study. “HIV patients are also at much higher risk of developing cancer, for reasons that are poorly-understood. It is possible that some of the risk factors are genetic, and may be shared with HML2. They also become reactivated in cancer and HIV infection, so might prove useful as a therapy target in the future.”

The team are now investigating whether these ancient viruses affect a person’s risk of developing diseases such as cancer. Combining evolutionary theory and population genetics with cutting-edge genetic sequencing technology, they will test if these viruses are still active or cause disease in modern humans.

“Using modern DNA sequencing of 300 patients, we should be able to see how widespread these viruses are in the modern population. We would expect viruses with no negative effects to have spread throughout most of the modern population, as there would be no evolutionary pressure against it. If we find that these viruses are less common than expected, this may indicate that the viruses have been inactivated by chance or that they increase mortality, for example through increased cancer risk,” said Dr Robert Belshaw, formerly of Oxford University and now a lecturer at Plymouth University, who led the research.

“Last year, this research wouldn’t have been possible. There were some huge technological breakthroughs made this summer, and I expect we’ll see even greater advances in 2014. Within the next 5 years, we should be able to say for sure whether these ancient viruses play a role in modern human diseases.”