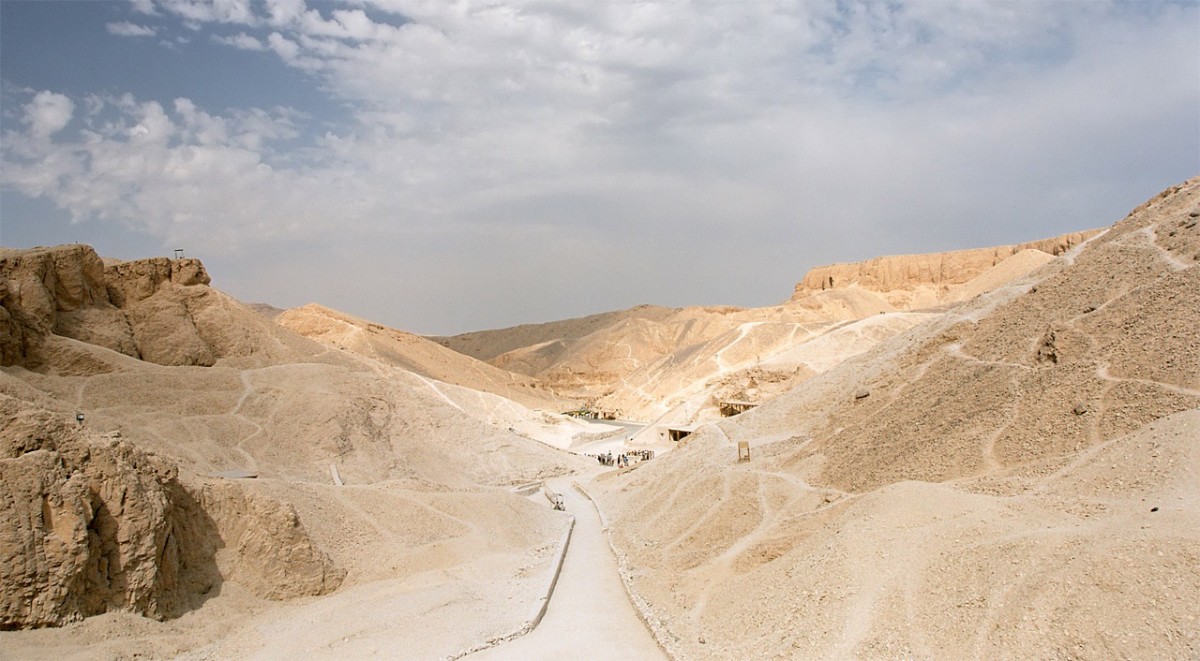 Deeper Underground the Valley of the Kings

It is “the most extensive exploration in the Valley of the Kings since Howard Carter’s time,”, implying the use of the latest technological advances and the participation of a large number of archaeological and technical experts.

Since 2007, a huge project involving excavation, survey and ground-penetrating radar studies has been running in the Valley of the Kings. Led by Egyptian state archaeologist Afifi Ghonim (now a chief inspector at Giza), the Ministry of State for Antiquities in Egypt based project has succeeded in bringing about new features of the famous New Kingdom pharaonic necropolis, as well as the potential for new astonishing finds there.

“The team has collected a huge amount of data that will take a long time to analyze properly”, reported Ghonim to LiveScience. “The corpus was so extensive it will take years, maybe decades, to fully study and report on,”. Egyptian archaeologists excavated the valley, where royalty were buried during the New Kingdom (1550–1070 B.C.), between 2007 and 2010 and worked with the Glen Dash Foundation for Archaeological Research to conduct ground- penetrating radar studies.

So far, the team has already made a number of discoveries in the valley, including the excavation of huts used by the workers who built the tombs and the documentation of graffiti left throughout the valley’s history.

The most astonishing find, however, has been a flood control system that the ancient Egyptians created but failed to maintain. The system was falling apart by the time of King Tutankhamun, which damaged many tombs but appears to have helped protect the famous boy-king’s treasures from robbers by sealing his tomb. A deep channel ran through the valley about 32 feet (10 meters) below the modern-day surface. As part of their anti-flood measures the Egyptians would have emptied this channel of debris and built side channels that diverted water into it, allowing water and debris to pass through the valley without causing damage. Still, “for some reason after building it, they [the Egyptians]let it fall into disrepair rather quickly. By (the) time Tutankhamun was buried, flooding events had become a problem again. That was bad for most tombs, but good for Tutankhamun since, at least according to one theory, flooding events effectively sealed the tomb and made it inaccessible to later tomb robbers.”, explains Ghonim.

Today flood control is still a problem in the Valley of the Kings, and scientists are looking at ways to protect the tombs. “There have been many studies recommending what to do, but the need to keep the valley open and the costs involved remain a problem. There’s also the need to develop a consensus on such an important thing,” the archaeologist comments on the problem.

What is particularly commented on by Ghonim is the potential of locating new tombs in the Valley of the Kings, housing from to kings to laypeople, and having being used multiple times. “The consensus is that there are probably several smaller tombs like the recently found KV 63 and 64 yet to be found. But there is still the possibility of finding a royal tomb. The queens of the late Eighteenth Dynasty are missing, as are some Pharaohs of the New Kingdom, such as Ramesses VIII.”

Ghonim said that it is hard to say how many tombs remain undiscovered but it is “more than just a couple”. But locating tombs in the Valley of the Kings is difficult to do even with ground-penetrating radar, a non-destructive technique in which scientists bounce high-frequency radio waves off the ground and measure the reflected signals to find buried structures.

Radar instruments and related computing power have vastly improved in the last couple of decades, scientists say. Even so, it “is difficult to avoid false positives in a place like the Valley of the Kings. There (are) many faults and natural features that can look like walls and tombs. Our work did help refine the technology for use here and it does have a place.”

In one instance, radar work carried out by a previous team suggested that tombs dating from the Amarna period (late 18th Dynasty) could be found in a certain area of the main valley. The team excavated the spot but didn’t find any tombs.

When the undiscovered tombs — those that do exist — are unearthed, they may not hold their original occupants. For instance, KV 64, a small tomb discovered in 2011 by a University of Basel team, was found to hold a female singer named Nehmes Bastet who lived around 2,800 years ago. She apparently re-used a tomb that was created for an earlier, unknown, occupant.

Still, Ghonim said they could indeed find a tomb whose original occupants are buried within. “It is not impossible however for one or more to be intact,” he said.

Many more finds will be detailed in scientific publications in the future. One important challenge that Egyptian antiquities in general face is the need to bring tourists -a source of income for Egypt and its programmes regarding archaeologi and conservation- back to the land of the Pharaohs. The flow of tourists has been disrupted at times since the 2011 revolution as the political turmoil has kept many foreign visitors away.