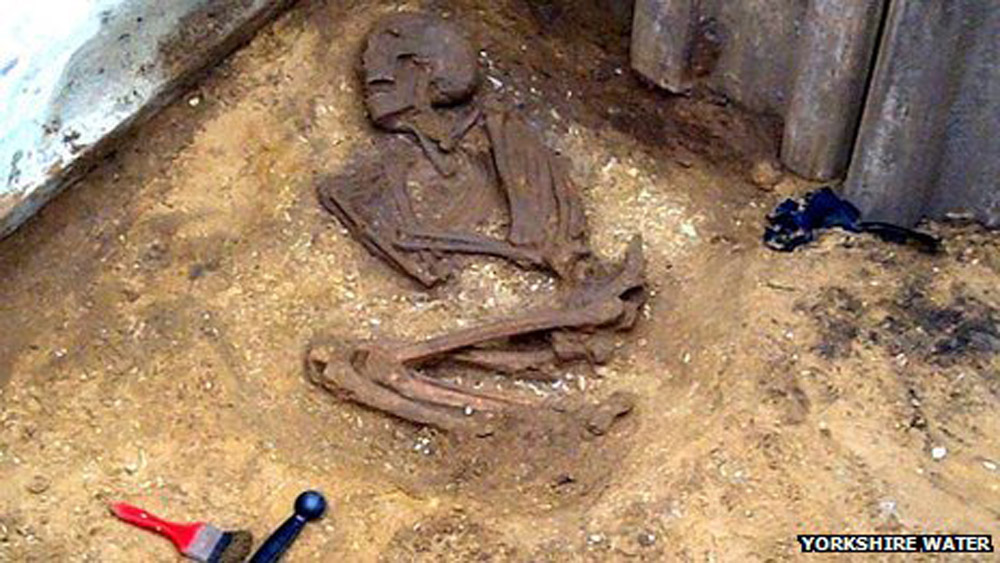 Could be Roman or earlier

An ancient skeleton, thought to date back to Roman Britain, has been discovered in a sewer trench in Norton near Malton, Yorkshire, England.

The skeleton was found by constractors during sewer installation in the site which, according to Chris Pole, of Northern Archaeological Associates, was formerly a Roman cemetery. Mr Pole, the project archaeologist for the site, said a Roman cemetery was located alongside Norton’s Langton Road, which follows a similar line to a Roman road leading south-east from the Roman fort at Malton and the settlement of Derventio (Norton).

“It was in a crouched or foetal position, possibly mirroring birth and was located within the limits of a Roman cemetery but it has similarities with burials of prehistoric date,” Mr Pole said. “No grave goods were placed with the burial,” he added, implying that the find could be older than Roman.

The skeleton has been taken to archaeological offices in Barnard Castle for further analysis.