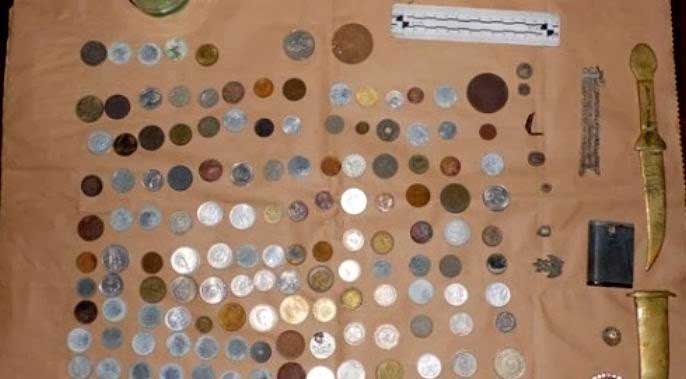 Near the town of Pernik

At subsequent searches at various addresses, police found and confiscated firearms with erased numbers, ammunition, masks, tools, security jamming equipment, 300 coins of cultural and historical value – some identified as Roman sestertii – earrings, rings and other jewellery of cultural and historical value. Members of the group were being held in 72-hour detention, the Interior Ministry said.