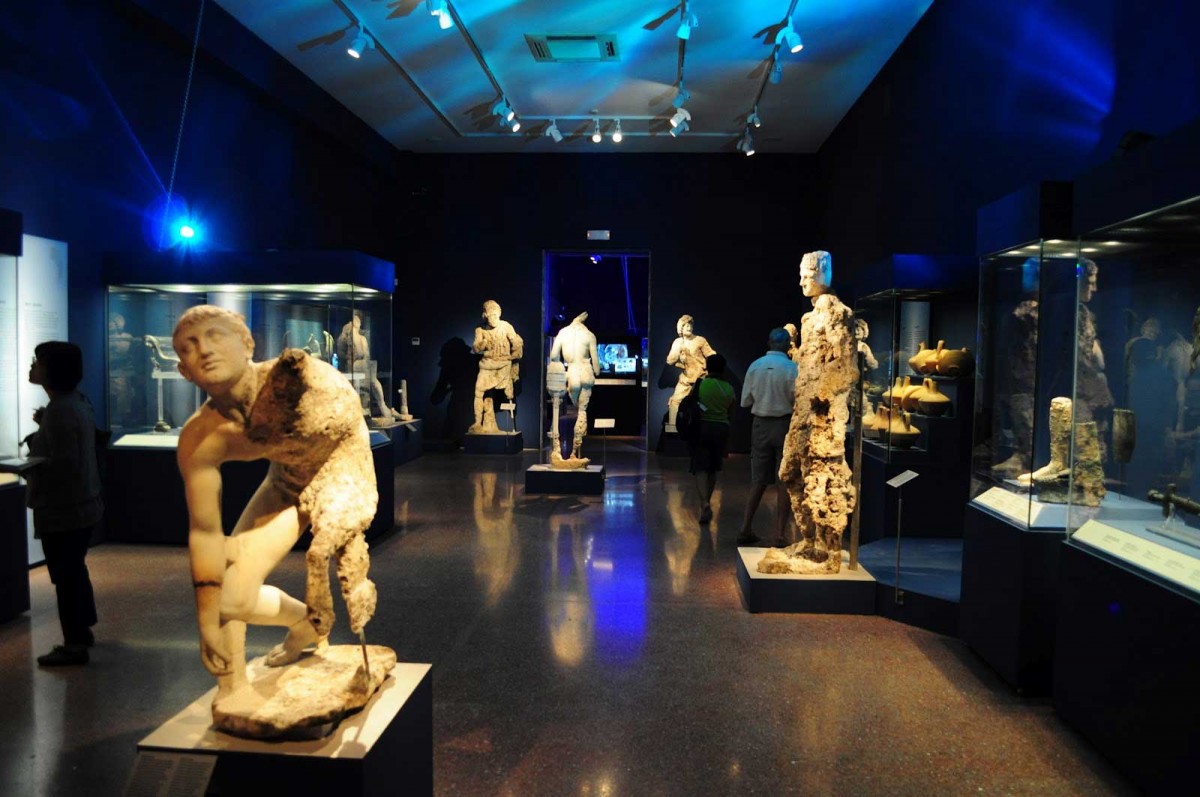 The Antikythera Shipwreck on show until June

The exhibition “Antikythera Shipwreck – The ship, the treasures, the mechanism”, which has opened in April 2012, will be once again extended and run through June 29, 2014.

All antiquities recovered in 1900-1901 and 1976 from the legendary shipwreck off the islet of Antikythera, south of the Peloponnese, are presented for the first time in this exhibition at the National Archaeological Museum of Athens.

The recovery of the shipwreck itself was the first major underwater archaeological expedition. It was undertaken by sponge divers, with the assistance of the Greek Royal Navy (1900-1901). Correspondence, press, photographs and films document the story of its discovery and recovery and the methods used. The second underwater research was carried out in 1976 by the Greek Archaeological service and J.-Y. Cousteau’s oceonographic “Calypso”.

The wreck is dated aproximately in 60-50 BC, though its cargo from the 4th to the 1st century BC. The study of the cargo deals with the circulation and trade in the East Mediterranean from the point of view of the aesthetic taste of the rising Roman elite in the end of the Hellenistic Era and the Rome’s democratic period.