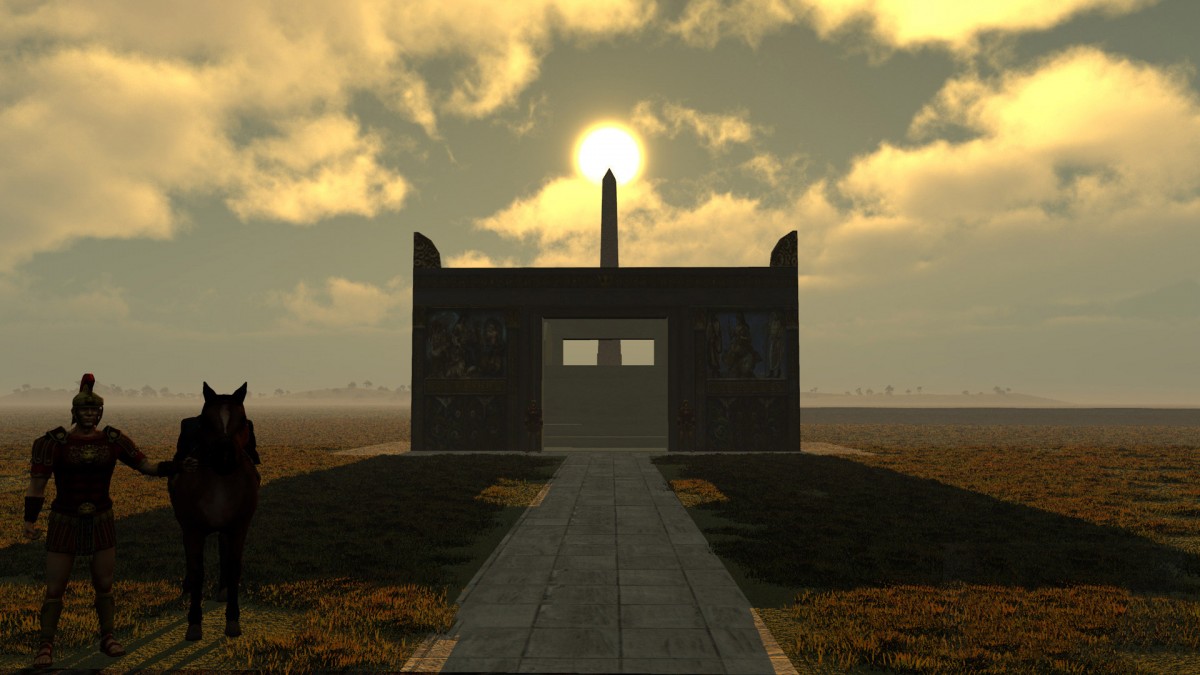 The unique alignment of the sun with two monuments was tied to the founder of the Roman Empire. This is what Bernie Frischer, a professor at the IU Bloomington School of Informatics and Computing has managed to indicate, using virtual simulations.

For nearly half a century, scholars had associated the relationship between the Ara Pacis, the “Altar of Peace” dedicated in 9 BC to then-emperor Augustus, and the Obelisk of Montecitorio -a 71-foot-high granite obelisk Augustus brought to Rome from Egypt- with Augustus’ September 23 birthday. But only now, Prof. Frischer provided more details to this relationship, by indicating that the original placement of the two landmarks provided a focus to the sun-disk, not at the Emperor’s birthday but at the day dedicated to Apollo the Sun god, October 9th. At the same time, the Professor dismisses an older theory that on an important set date every year the shadow of the obelisk hit the center of the facade of the Ara Pacis.

“What’s important is not the shadow of the obelisk, but the sun’s disk seen over the center of the top of the obelisk from a position on the Via Flaminia in front of the Ara Pacis,” Frischer said.

Using NASA’s Horizons System, which gives the position of objects in the solar system in the sky at any time in history as seen from any spot on earth, along with surveys of the location of the sundial’s original meridian line, and the height of the obelisk in exacting detail, Frischer and a team determined the sun’s placement at the top of the obelisk occurred on Oct. 9. Previously, GPS coordinates, known dimensions and additional bibliographical sources had been used to create the 3-D models of the Ara Pacis, the meridian and the obelisk, all of which would have been located at the 490-acre site then known as the Campus Martius. Frischer’ s Rome-based research assistant Ismini Miliaresis conducted research on the meridian line location, and professional meridian designer and engineer Paolo Albèri Auber conducted the refined work on the obelisk’s original size.

“Inscriptions on the obelisk show that Augustus explicitly dedicated the obelisk to his favorite deity, Apollo, the Sun god,” Frischer said. “And the most lavish new temple Augustus built, the Temple of Palatine Apollo, was dedicated to his patron god and built right next to Augustus’ own home. So the new date of the alignment, October 9, is actually what we know to be the annual birthday festival of the Temple of Palatine Apollo. No other date on the Roman religious calendar would have been as appropriate as this.”, Frischer says.

The team used two interactive models, one being a photorealistic model created with AutoCad and 3-D Studio Max to generate images and video clips illustrative of the research. Frischer then sought independent confirmation of the findings from Lawrence Livermore National Laboratory astrophysicist David Dearborn.

“3-D modeling can show scholars and, indeed, the general public, what the archaeologist uncovered, and it can be used to provide a view of how the site or object looked when it was new and in subsequent stages of its use and destruction,” Frischer said.