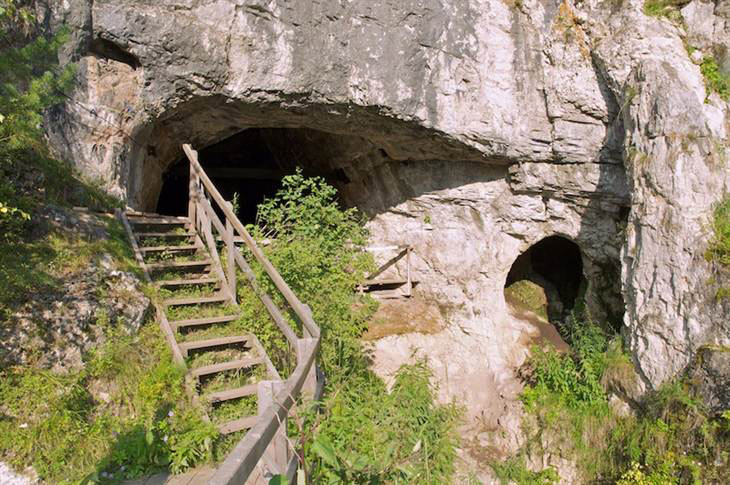 Sex and the Siberian Neanderthal

The first high-quality genome sequence of a Siberian Neanderthal female is throwing up  crucial details about our proto-humans’ sex lives. According to research, Siberian Neanderthals mated within their families while another group, the Denisovans, interbred with Neanderthals, humans and a third -yet undiscovered- mystery hominin living in Asia.

The first anthropologists relied on skull shapes and bone lengths of fossils to identify ancestors in the hominin family tree. Then, geneticists have bulked up their toolset, and have identified new species from material taken from mere milligrams of bone. Now, however, they didn’t even need that.

“There is not even a bone splinter here,” Svante Pääbo, a geneticist at the Max Planck Institute for Evolutionary Anthropology, said of the unknown species. “It’s an inference from those other genomes.” By comparing genetic evidence of the Neanderthal female who lived some 50,000 years ago, with the sequence of a Denisovan girl published in August last year, Pääbo and team discovered a small but discrete signature of a much older species, which the paleoanthropologists suspect might be Homo erectus. The full analysis of the Siberian Neanderthal genome is published in “Nature” magazine.

Culminating nearly two decades of research, the new analysis  is the most thorough analysis to date. While “it is clear that the Denisova genome reflects some ancestry from people substantially different from Neanderthals and sub-Saharan Africans, we could really be looking at mixture from multiple different populations, with different histories,” says palaeoanthropologist John Hawks, who follows the study but is not involved in it.

New insights into the Neanderthal genome comes from genetic material extracted from the toe bone of a female found in the Denisova cave in the Altai mountains of Siberia. Using techniques refined in the last few years, researchers extracted enough detail to create a genetic picture of the individual’s parents.

“We can see that the mama and papa of the individuals were very closely related — half siblings or so,” Pääbo said.

There was also a lack of diversity in the genetic material which indicated that sex between closely related individuals within the Siberia Neanderthal community was a regular affair for generations before the girl’s time.

A close read of Neanderthal groups that lived in other parts of Europe would indicate if the practice of inbreeding was common across the species. It is possible, Pääbo said, that the Altai Neanderthals were “such a small population that you’ve hardly any other choice.”

“Identifying inbreeding down to the level of what degree of relation was mating with who is huge!” Ross Barnett, a post-doctoral researcher at the University of Copenhagen who was not involved with the study, wrote to NBC News. “For the first time we are seeing the home life of our extinct relatives.”

Mounting evidence from genome analysis of archaic populations has indicated that the various hominin species mated with each other.

When Neanderthal and modern human populations crossed paths, they interbred too. The Neanderthal genome data confirms that there was “leakage of DNA” from these extinct hominins into modern humans.

“Neanderthals live on a little bit in people living outside Africa today,” Pääbo said, making up about two percent of the genome of all humans that don’t originate from Africa.

Collating the genetic material of two related hominin species — the Neanderthals and Denisovans — and comparing it with sequence data of 25 humans, the researchers have triangulated in on a section of the hominin genome that is unique to our species.

“It’s a definitive recipe if you like for making a modern human,” Pääbo said. “We can now start doing experiments to ask what is it that makes modern humans special.”

“There is also an interesting question of what, if anything, Neanderthal and Denisovan DNA may be doing in the people that have it today, and whether it has been of benefit or detriment to our species,” Chris Stringer, a paleoanthropologist at the Natural History Museum in London, who was unconnected with the work, wrote in a comment sent to press.

Further research into what those areas coded for may reveal why we, homo sapiens, lived on while Denisovans, Neanderthals, and scores of our hominin relatives vanished.