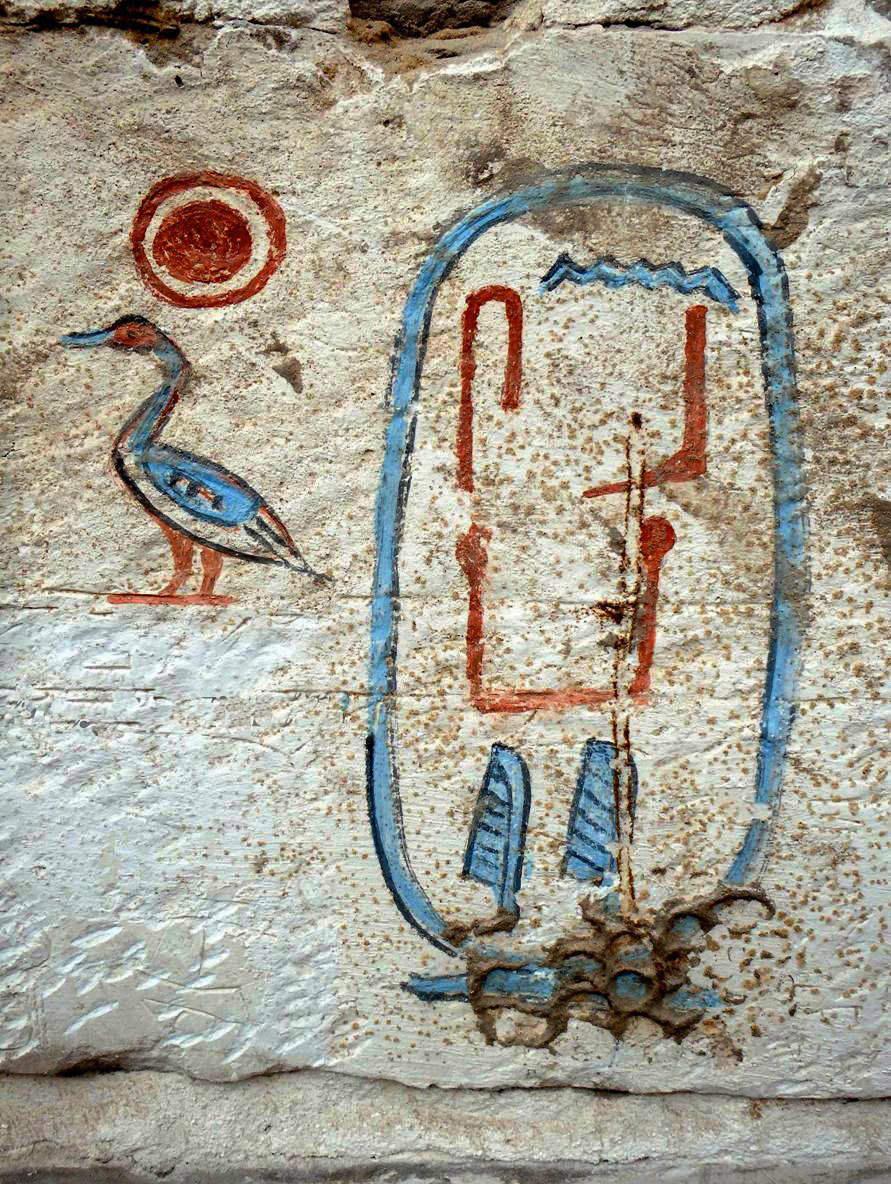 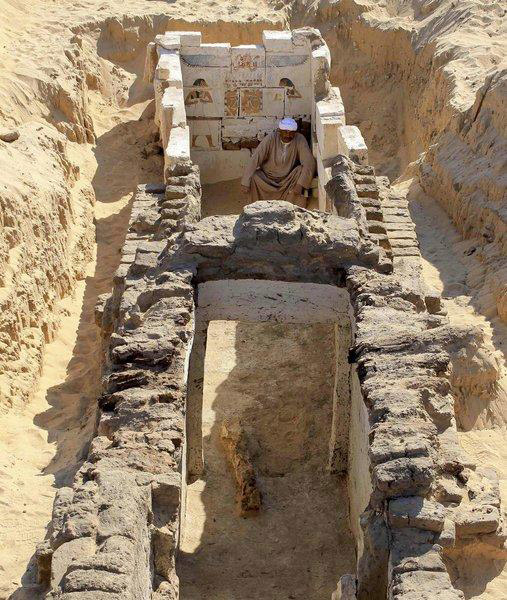 The tomb of Seneb-Kay at Sohag

Dr. Mohamed Ibrahim announced the discovery of a new king’s name that was previously unknown. The pharaoh is probably one of Abydos kings who ruled during the Second Intermediate Period ca. 1650 B.C when Egypt was divided.

Evidence on the lost pharaoh was found in a tomb which came to light through the works of a University of Pennsylvania team under the supervision of Dr. Josef Wegner, at Sohag, south of Abydos. Stone blocks from Middle Kingdom were reused in the monument, were wall-paintings of mediocre quality still survive. Among the tomb inscriptions, a royal carouche bearing the name Seneb-Kay has been identified, being the first evidence of such a king ever found, although an inscription on a Second Intermediate Period “magical wand” from Abydos where a certain King Seb-Kay is mentioned might refer to the same person (see Note 3).

A wooden sarcophagus was found inside the tomb, still containgng remains a skeleton (presumably of the King) in bad condition as pulled it was pulled apart by ancient tomb robbers. He would have been about 6 feet tall (185 cm). Canopic jars were found in the tomb but no funerary furniture which could have been stolen by tomb robbers.

According to Ayman Damarany, an Egyptian archaeologist who worked alongside the Pennsylvania team as an inspector “the discovered tomb is located nearby Sobekhotep’s  tomb”, which was discovered by the mission earlier this year. It is believed that Seneb-Kay himself belonged to the so-called Abydos Dynasty, a group of kings which, according to Egyptologist K.S.B. Ryholt,  ruled along an area surrounding Abydos, with the sacred city as their centre.

Dr. Josef Wegner, director of the mission said “The period of the king’s reign was mysterious and not much information were available till the tomb has discovered. Also the small size of the tomb refers to the deteriorating economic situation at that time.”