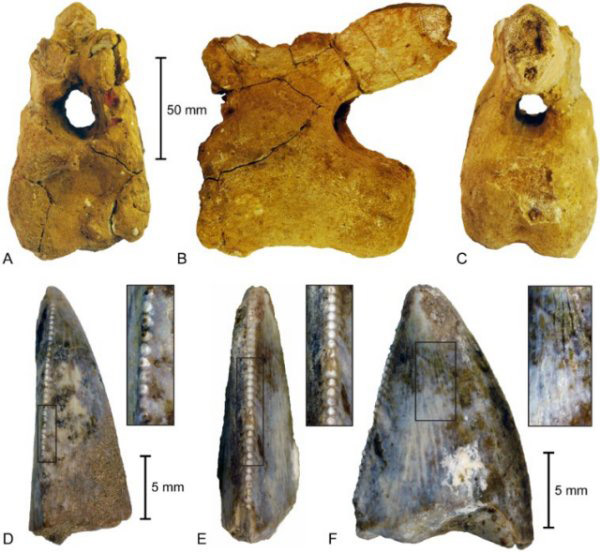 By Swedish, Australian and Saudi scientists

A team of researchers from Sweden, Australia and Saudi Arabia excavating in Saudi Arabia discovered parts of the tail of a Titanosaurus, a type of vegetarian dinosaur that measured at least 20 meters (66 feet) long, and some of the teeth of another dinosaur.

The discovery took place in the Adaffa formation, in the north-western part of the country along the coast of the Red Sea. The site is a pile of sandstone and conglomerates (pebble-rich rocks) deposited by streams and rivers during the Late Cretaceous Period on Earth, which began 145.0 million years ago and ended 66 million years ago. The teeth and bones consist the first set of dinosaur remains ever found not only in the Kingdom but in the Arabian Peninsula.

“This discovery is important not only for the fossils that were found, but also because of the fact that they have been able to be identified,” Benjamin Kear, the scientist in charge of the project and a researcher at Sweden’s Uppsala University, said.

The scarcity of fossils on the Arabian Peninsula is due to the fact that the sedimentary rocks there were formed in valleys and rivers during a geological epoch when there were few dinosaurs, Tom Rich, a member of Australia’s Museum Victoria, told the Al Madina newspaper.

Remains similar to the ones found in Saudi Arabia have already been unearthed in North Africa, Madagascar and South America, Rich said.

The research team is comprised of scientists from the University of Uppsala, the Museum Victoria, Australia’s Monash University and the Saudi Geological Service.