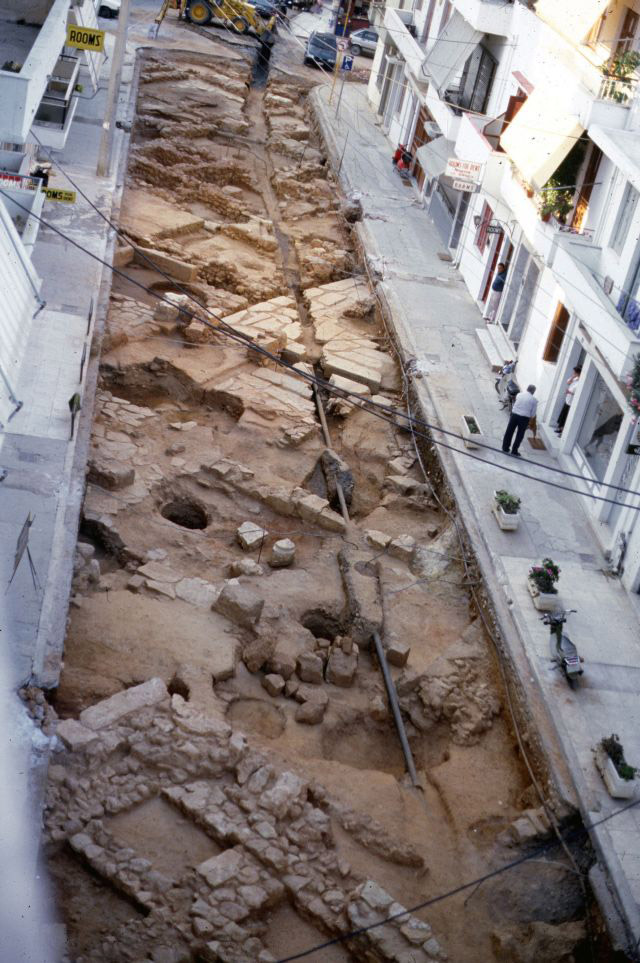 Did the Minoans Sacrifice Humans?

The soil underneath the modern city of Chania, Crete, or Kydonia of the Prehistoric and Early Historic times, hides many secrets, such as elements of rituals that took place thousands of years ago, including sacrifices, not only of animals but also of humans.

This is, at least, what is indicated by the skull of a young girl dating from around 1280 BC, which was found in pieces, alongside skulls of animals, during an excavation at the Castelli Hill, in the Old City of Chania. Primary finds from the dig on the site were brought to light back in 2007, while news on the subject first appeared in press in 2010. However, a general ‘image’ of the site begins to emerge just about now.

“We consider that this about a ritual which included the sacrifice of animals and a woman, whose bones were found broken underneath stones. We have not reach our final conclusions, since the bones need a very careful study, especially as the latest finds, such as the girl’s skull, came out very lately. We are studying the results, aiming to be ready by October, the month of our contribution to a conference on Human Sacrifices which is to take place in Milan. There, the Chania find will consist the keynote lecture”, states Maria Andreadaki Vlazaki, the site’s chief excavator and the Director of Antiquities and Cultural Heritage for the Greek Ministry of Culture and Sport.

With finds representing all the chronological phases of the Minoan civilization, the most important palatial centre of Western Crete comes to light bit by bit at Kastelli and at its neighbourning site of Splantzia.

“Chania is a modern city built upon a Minoan palatial centre equally important with those at Knossos, Phaestos, Mallia and Zakros. This centre cannot be promoted or enhanced the way it happens with the rest of the palaces which were found in areas free of modern occupation. Still, it has its charm,” adds Dr Vlazaki regarding Chania, one of the earliest cities in Europe, whose urban elements date already from the 4th century BC. “The antiquities of Chania are known to us Cretans but not to the general public. They started to come to light especially after the middle of the 20th century and especially during its last decades, as the Antiquities Service started to  observe closely soil removing procedures in the framework of state building activity. During such a set of construction works, in particular, a group of Linear B tablets bearing references to Zeus and Dionysus were found, confirming the cult of Dionysus in Minoan Greece for the first time.”

Info on the above subjects, as well as other wonders hidden beneath Chania, was given during a lecture by Dr. Vlazaki that took place in the Greek Archaeologists’ Society under the title “Chania during Minoan Times”. As stated there, finding the bones, human or not, within a surface that formed part of an outer court in close proximity -as it seems- with a Kydonian palatial centre in the form it had during the Mycenaean times (1375-1200 BC) was one of the most impressive moments in this systematic excavation, which continues since 2005 by the 25th Ephorate of Prehistoric and Classical Antiquities (EPCA), in collaboration with the Swedish Archaeological Institute and the Institute of Denmark.

The most important finds came to light during the 2012 season, when research went on towards unexplored territory. “Bit by bit, the first stones out of two large clusters, hinting the existence of bones underneath, start to appear. After their removal, the first bones appeared, allocated in a dense manner, showing thet we were at the heart of the deposit. Initially, many bones of ibexes, young pigs, sheep/goats and cattle came to light in the (deposit’s) western part. East, underneath the stones, we discovered what we had expected, even if we did not believe that we could find it: the young girl’s skull, in pieces, among animal skulls. It was broken just the way all skulls were: opened through its sutures (joints) by a heavy blow, its pieces scattered all around.”, notes Dr Vlazaki.

She claims that the find should not be considered strange. “Greek mythology records many examples of purification sacrifices of virgins during periods wehn society was trying to deal with great disasters -plague or famine- or before major wars. Even according to the local legend, the same happened to Eulimene, the daughter of Kydon, the city’ s founder, who was sacrificed as a virgin to honour the country’s heroes”.

As for the find’s first “reading”, the excavator attempts to give an explanation, knowing, as she says, that she can be refuted, as this happens often in archaeology. “The extended destructions observed in many Cretan sites this exact samne period is connected to a heavy earthquake. In this particular case, traces from an earthquake that destroyed and burned the palatial centre but also saved its ruins till now, seem to be related with rituals honouring chthonic deities in order to placate them and prevent the unfortunate events on which they had warnings but finally failed to avoid”, she concludes.