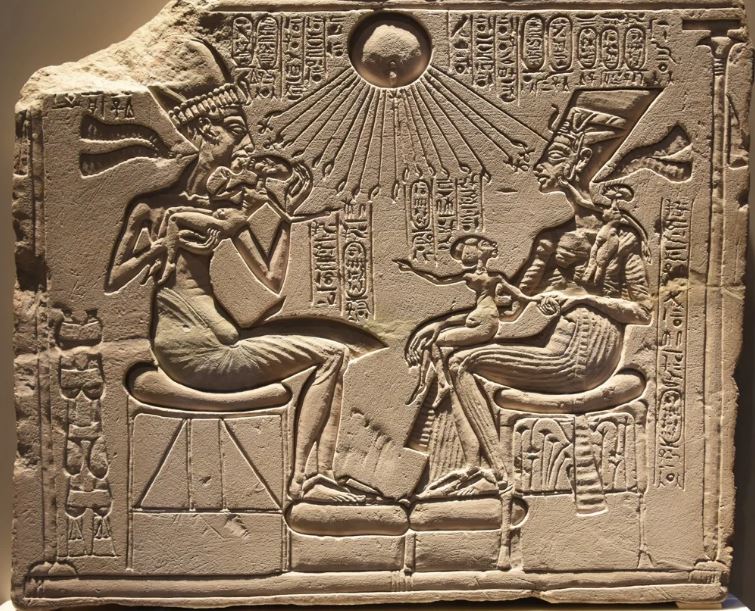 The Rise and Fall of Amarna

The Archaeology and Ideology of a Short-lived Egyptian Capital

The Rise and Fall of Amarna, The Archaeology and Ideology of a Short-lived Egyptian Capital is the title of the Egypt Exploration Society’s new online course. The fascinating and short-lived Amarna Period (c. 1351-1334 BCE) of Egypt saw drastic changes in multiple aspects of Egyptian culture. Egypt’s main religion changed from a pantheon of gods to a single solar deity, its art radically deviated from the traditional norms used throughout pharaonic history, and its capital city moved to a previously unknown location in Middle Egypt, far from the known hubs of Memphis and Thebes. This new capital, el-Amarna, was built and abandoned all within a span of fewer than twenty years. What remains at this site are glimpses into all aspects of life during the Amarna Period – from the laborers to the very royals who founded the city.

As a course, The Rise and Fall of Amarna will cover the unique archaeology, art, and history of the Amarna Period by investigating the factors that led up to the rise of the cult of the Aten and the pharaoh Akhenaten’s religious reforms. Special emphasis will be placed on the archaeology of the ancient city of Akhetaten (el-Amarna), the capital city in middle Egypt created by Akhenaten, by looking at the EES excavation archive and the current archaeological work by the Amarna Project.

Some knowledge of Egyptology, including the history, religion, and archaeology of ancient Egypt, is recommended for this course.

Dr. Stephanie Boonstra is the Collections Manager at the Egypt Exploration Society and thus oversees the archive, library, Special Collections, papyri, and cartonnage of the Society. She is also the Managing Editor of the Society’s Journal of Egyptian Archaeology. Her research focuses on both the archives of the Society’s 1930s work at Amarna and on evidence for production in ancient Egypt, particularly of vitreous objects during the second millennium BCE. She completed her Ph.D. at the University of Birmingham in 2019 on scarab amulet production in the early 18th Dynasty Egypt and is a member of the Amarna Project archaeological team.

The course lasts from November 3rs up to December 1st, 2022, and will be held online via Zoom Thursday evenings, 18-19.30 UK time. For information regarding costs and registration click here.