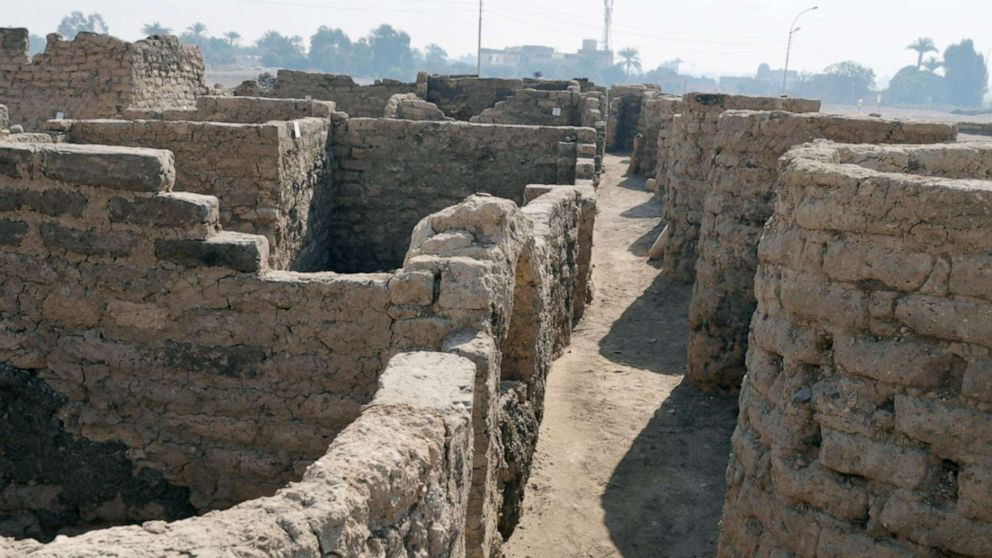 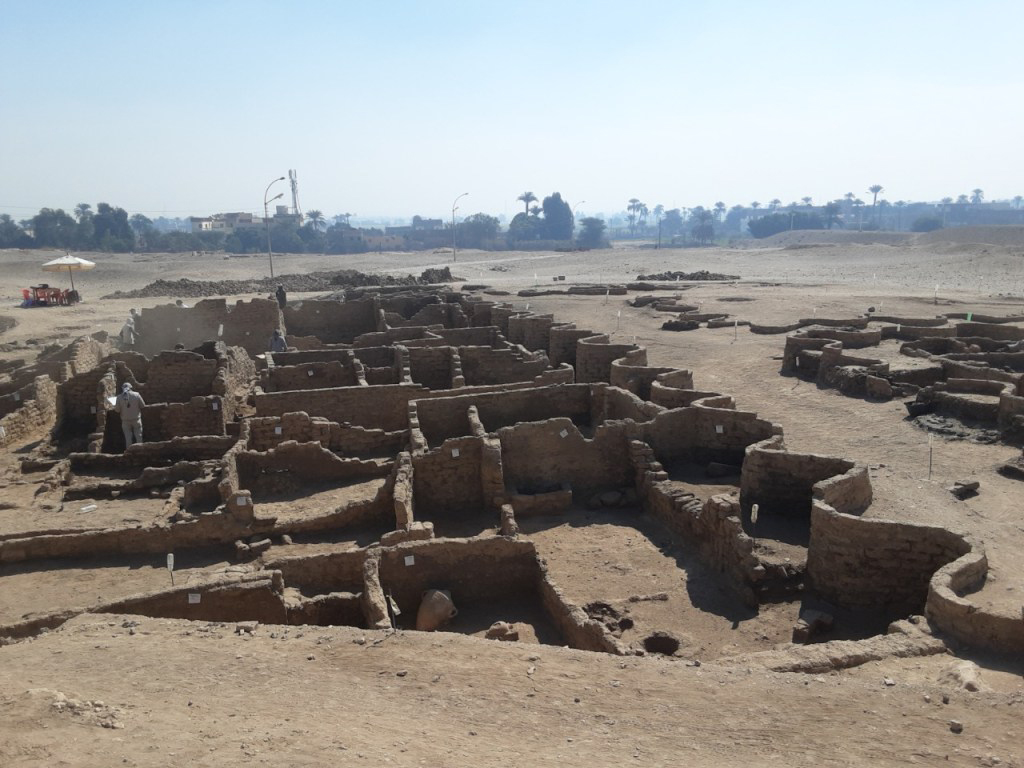 Dated to the reign of Amenhotep III

An ancient Egyptian city has been revealed in Luxor’s West Bank between the sites of Medinet Habu and Kom El Hetan. The remains of the settlement have been revealed by an Egyptian mission under Dr. Zahi Hawass and according to estimations, it is dated to the reign of 18th Dynasty Pharaoh Amenhotep III (1391-1353 BC), while it probably continued to be used during the Amarna period and the reigns of Tutankhamun and Ay.

According to Hawass, the mission began working looking for the mortuary temple of Tutankhamun, making the hypothesis that this lost temple would be close to the temples of both Horemheb and Ay, which were found in this area.

To their surprise, the discovery was of another kind: a large residential site founded by one of the greatest rulers of Egypt, and during the turbulent period that saw what was probably the largest cultural change in ancient Egyptian history – the “religious revolution” of Pharaoh Amenhotep IV/Akhenaten.

As for the city itself, it was found in an exceptional state of preservation. Its streets are still flanked by houses made of mudbrick, with remnants of the people’s daily life still surviving in their interior. Some houses’ walls survive to a height of 3 m.  According to Hawass, the city seems to extend to the west, all the way to the famous New Kingdom workmen’s village at Deir el-Medina, since recently, the only ancient settlement preserved in the area of ancient Thebes.

So far, three areas of seemingly different character have been uncovered. In the first, in the excavated area’s southern part, archeologists have identified a bakery, a cooking and food preparation area, complete with ovens and storage pottery. From the size of the complex it seems that the place had been designed to cater to a very large number of people; probably workers and employees at a large project.

The second area which is still partly uncovered is characterized by larger and well-arranged units and it is identified as an administrative and residential district. It is enclosed by a sinusoidal (wavy zig zag-shaped) wall, a particular architectural form known in the Theban area since the Middle Kingdom and later spreading in other areas in Egypt as well. A single entrance to the compound gives the idea of a gated space requiring special security measures.

In the third area the team has identified workshops producing mud bricks for building projects as well as jewelry and decorative elements. Bricks are sealed with cartouches bearing the name Neb Maat Re, the praenomen of Amenhotep III. In the decorative elements’ workshop, archaeologists have revealed a large number of casting molds for the production of amulets and other delicate objects used as funerary equipment but also in temple rituals. Metal and glass-making slag have also been found, but the main area of such activity has yet to be discovered. Still, the discovery of objects related to spinning and weaving, as well as tools in different areas of the settlement,  justify the inhabitants’ creative activities were not reduced in the workshop areas.

To the north of the settlement, archaeologists have also identified a large cemetery whose size and character are yet to be determined. However, human remains have already been found in the settlement itself: the deceased was found with arms outstretched to his side and remains of a rope wrapped around his knees. The location and position of this skeleton are rather odd, and more investigations are in progress.

It is worth noticing that archaeologists have also found a cow or bull buried inside one of the settlement’s rooms. The nature and purpose of this practice are not yet clear.

Several finds from the different areas of the settlement give evidence of its multifold character, the identity of the people living there as well as its lifespan. A vessel found containing dried or boiled meat, was inscribed as follows: “Year 37, cured meat for the 3rd Heb Sed festival from the slaughterhouse of the stockyard of Kha made by the butcher luwy”. The inscription, revealing the names of two inhabitants, also points to an absolute date for when the city was active, referring to a well-known Sed Festival (ceremony for the renewal of the royal power also known in bibliography as jubilee) held for Amenhotep III.

Furthermore, a mud seal inscribed as: “Gem pa Aten” (“The Aten has been found”), points to the name of a temple built by Amenhotep III’s successor, Akhenaten, at Karnak during the early stages of his ‘monotheistc revolution’ just prior to the move of his capital to Tell El Amarna. What was happening in the city during the Amarna period and when/ if it had to be repopulated during the restoration of the traditional cultural norms during the reign of Tutankhamun, only further excavation will show.