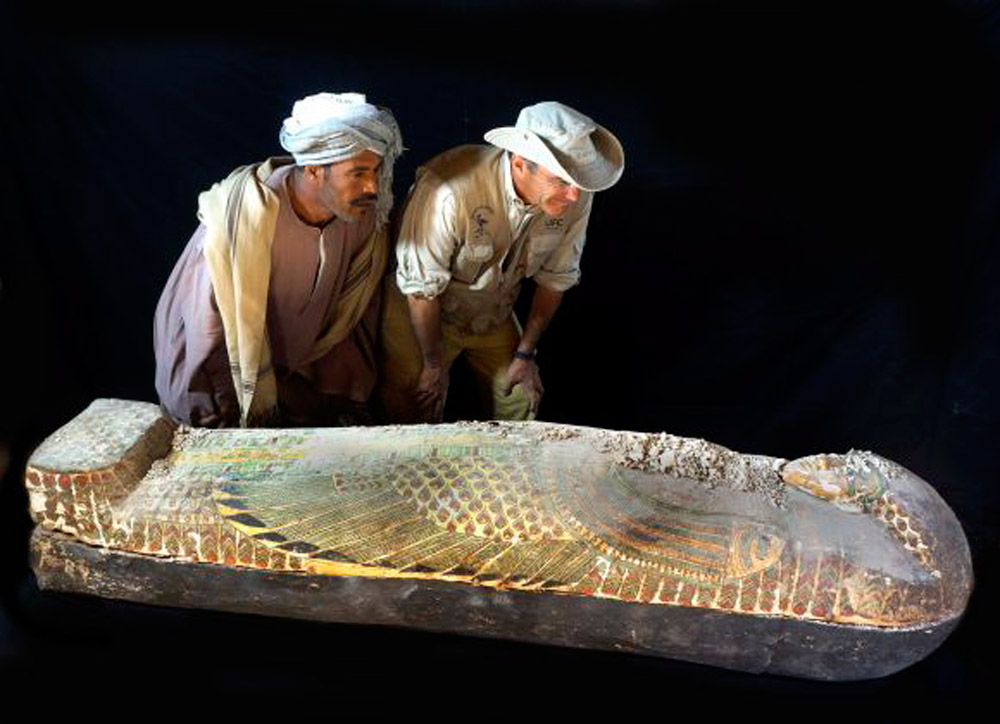 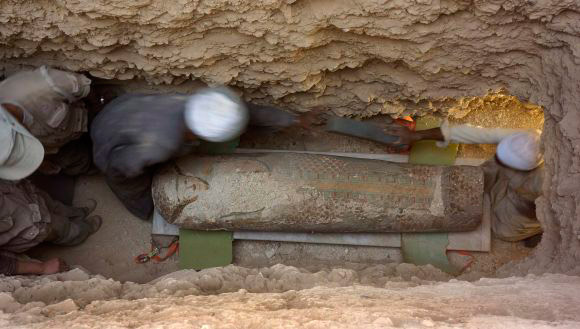 In the framework of the Spanish-Egyptian Djehuty Project

A wonderfully painted sarcophagus, dating from the Second Intermediate Period and decorated in the so-called “rishi” style had been revealed during the recent works of a Spanish-Egyptian expedition led by archaeologist José Manuel Galán in the tomb of Djehuty, Queen Hatshepsut’s treasurer, in the necropolis of Dra Abu el-Naga, near Luxor, Egypt.

According to a statement by Antiquities Minister Mohamed Ibrahim, the 2 m. long, 42 cm. tall sarcophagus is in very good condition. It bears inscriptions with the titles of the deceased -which archeologists have not yet been able to identify-, probably called Neb, and it is decorated all over with a bird feather design, commonly known as “rishi” (from the Arabic word for “feather”) and characterizing coffin decoration between the 15th Dynasty and up to the early years of the 18th Dynasty (ca. 1650-1550 BC), although early attestations have been recorded even from the 13th Dynasty. According to preliminary studies, the newly found sarcophagus dates from the 17th Dynasty, the time when “rishi” coffins were the norm in funerary practices.

At any case, another sarcophagus found on that site last year, belonging to a child, and accompanied with clay pots and ushabti figurines wrapped in linen, was also of 17th Dynasty date. This year the site yielded two more burials which were found empty.

The tomb of Djehuti started being excavated 13 years ago by the Spanish and till now the archaeological activitry remains in full swing.