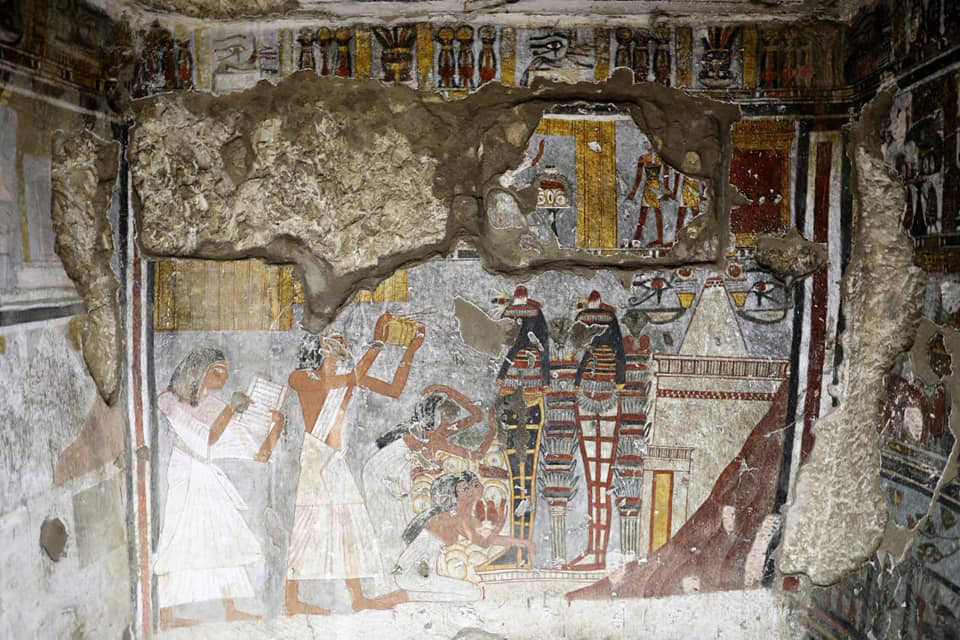 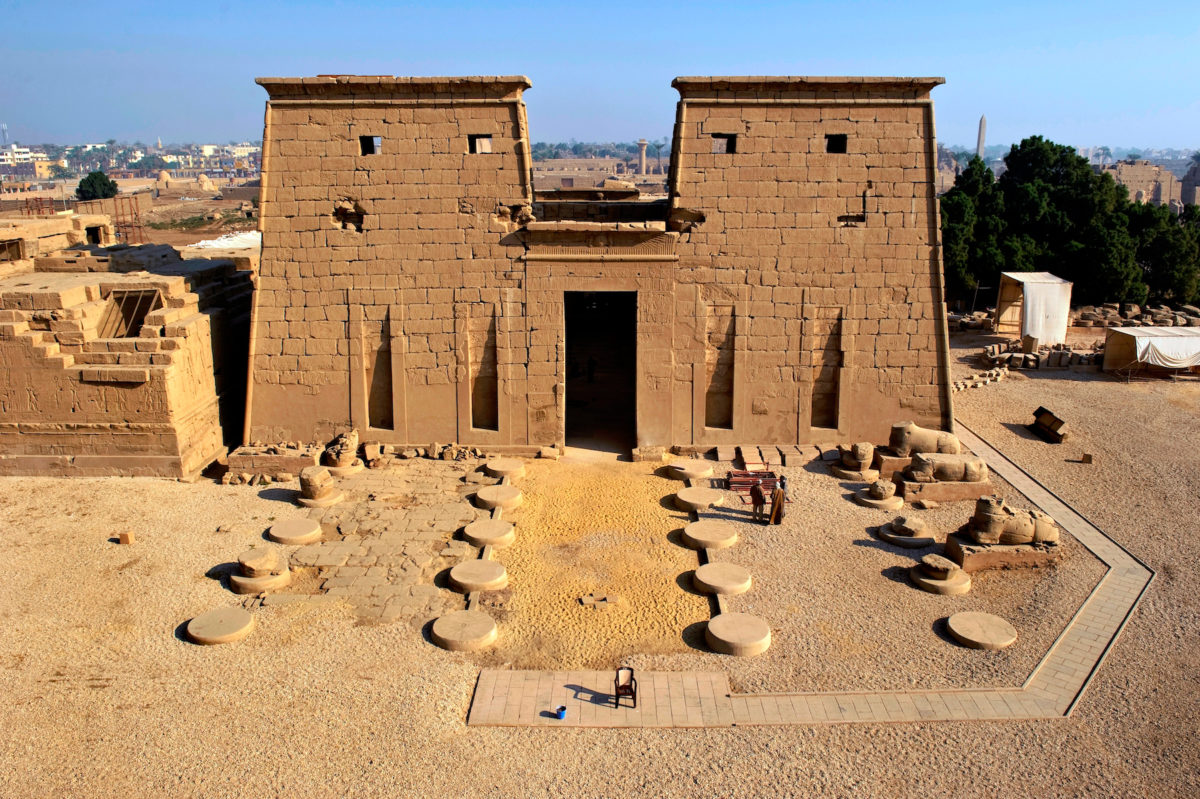 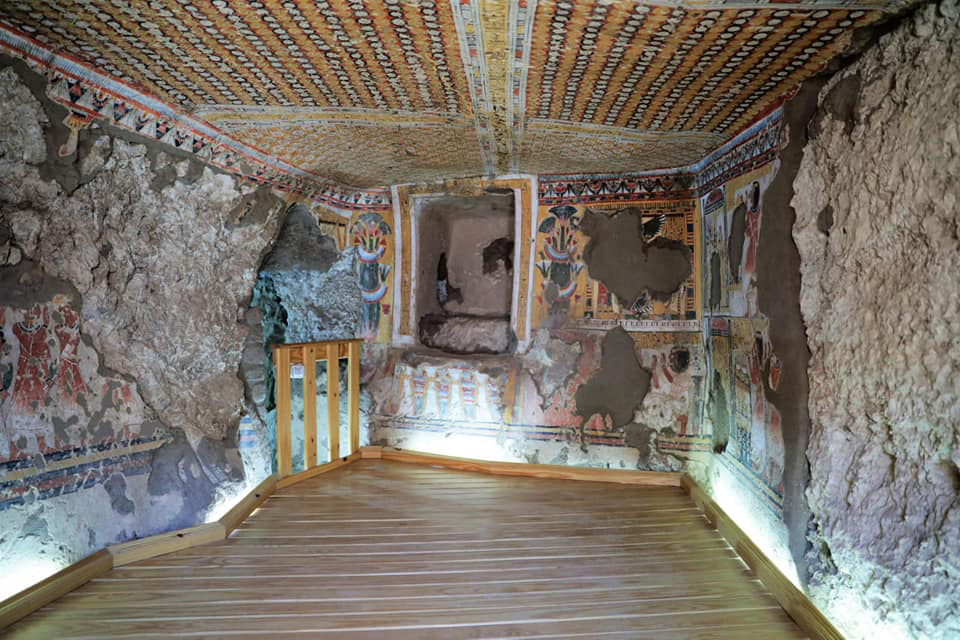 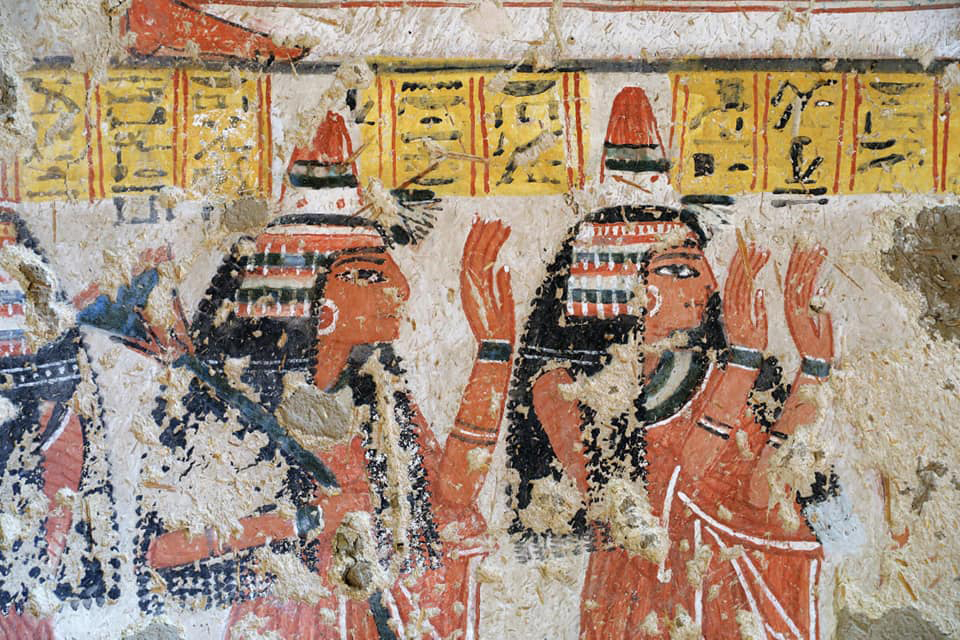 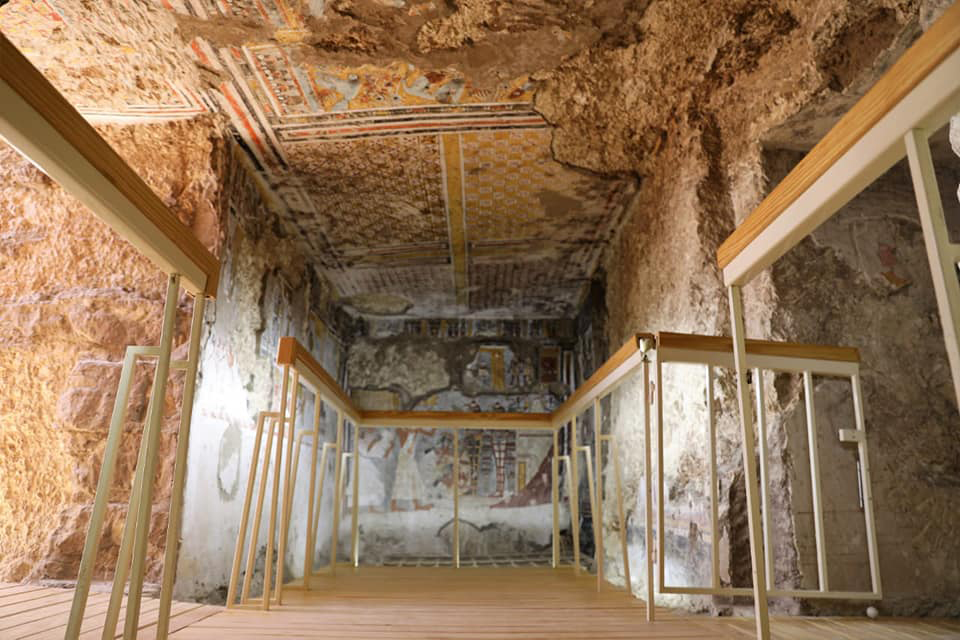 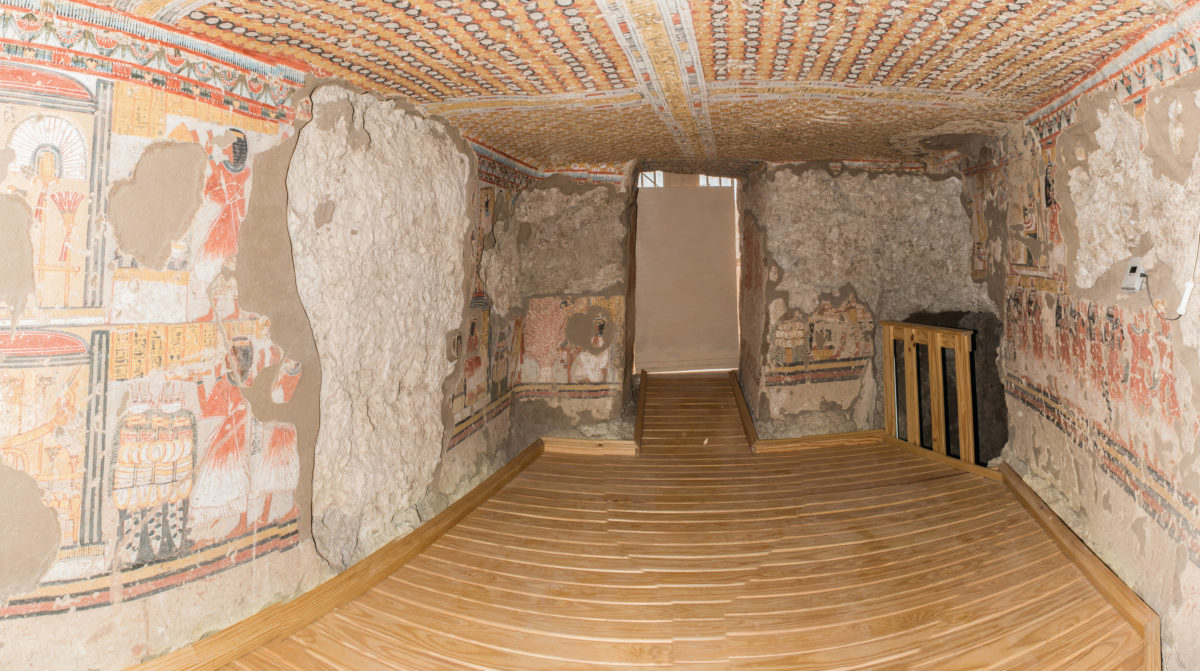 Two complex and significant projects in Luxor at Dra Abu El Naga and Khonsu Temple have been completed. Both undertakings focused on conservation and visitor access, and also integrated capacity building and job creation programs. ARCE and its partners USAID/Egypt and the Ministry of Antiquities celebrate the completion of the two projects earlier this week.

ARCE oversaw and carried out conservation and documentation work in Chapel 2 of the Khonsu Temple via the training of 59 conservators from the Ministry of Antiquities. In addition to cleaning and conserving six chapels inside the temple, the project included structural repairs to stabilize the monument, a photographic documentation training school for the Luxor inspectorate, and the introduction of visitor information and signage.

The Khonsu Temple is located on Luxor’s East Bank inside the Karnak Temple complex. Construction began under Ramses III, however the monument was finished and decorated by a number of later rulers, including Libyan generals who ruled as virtual kings of Upper Egypt towards the end of the New Kingdom. Khonsu was the son of Amun and Mut, and his temple consists of a peristyle court, bordered by a portico of twenty-eight columns that lead to a hypostyle hall connected to a barque sanctuary. The temple is an excellent example of a small but complete New Kingdom temple.

Two tombs at Dra Abu el Naga were selected for improvement by ARCE: the Tomb of Raya (TT 159) and the Tomb of Niay (TT 286). TT159 belongs to the ‘fourth Prophet of Amun’ and his wife Mutemwia, and dates to the 19th Dynasty, while TT286 belongs to the ‘Scribe of the Table’ and dates to the 20th Dynasty. In addition to conserving and opening the two tombs via the training of 13 conservators from the Ministry of Antiquities, ARCE also provided upwards of 537 jobs to local workers who assisted in clearing the site and building visitor infrastructure.

Dra Abu El Naga is located on the West Bank of Luxor and contains hundreds of noblemen’s tombs dating from the Middle Kingdom, scattered periods in the 18-26th Dynasties, and the Ptolemaic era. The Ministry of Antiquities sought to increase tourism to the site by conserving and opening tombs and installing visitor information and navigational infrastructure like stairs and pathways.