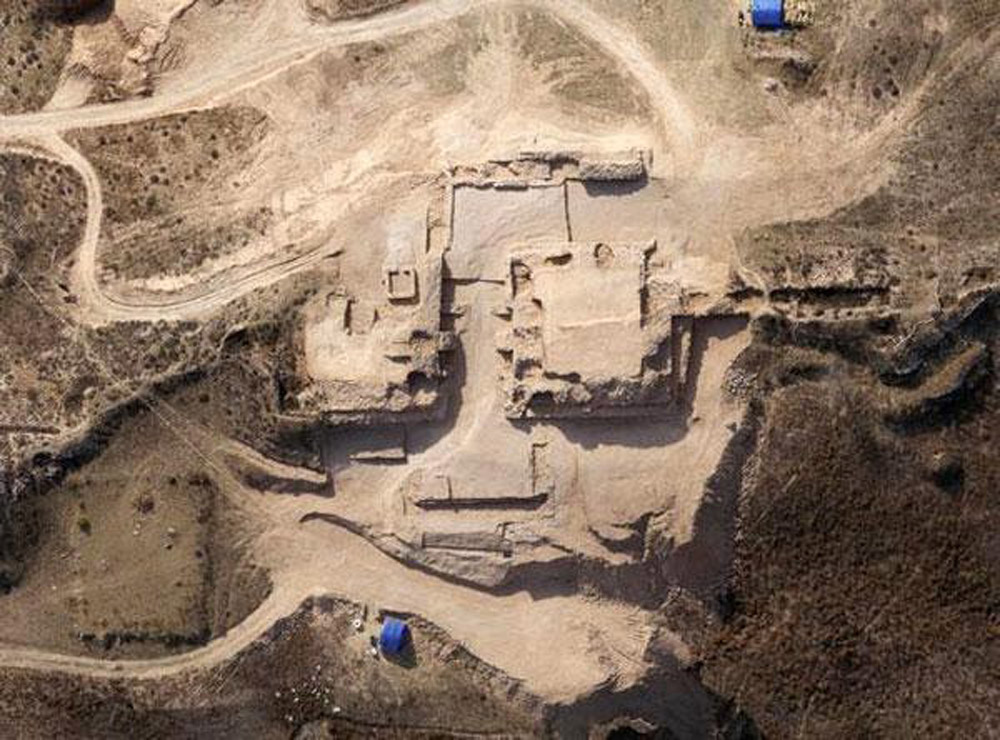 A monumental alter which is seen by many as evidence of organized religious practice has been revealed in the Neolithic settlement of Shimao, in China’s Shaanxi Province.

According to a report by Xinhuanet, an initial survey showed the 8m.high altar, found outside Shimao’s fortification wall, had a three-tiered structure with a stone base 90 meters long. Sun Zhouyong, deputy head of the Shaanxi Provincial Institute of Archaeology stated that jade relics and pits for offerings as deep as three meters were found nearby.

So far, archaeologists have collected jade samples for further research, while excavation on the altar itself has not started yet.

Shimao Ruins were discovered in 1976 , but archaeologists did conduct a a thorough survey until last year, which led to a series of significant discoveries, including the city’s inner and outer structures, a set of fortification walls surrounding the outer city extending over 4 sq. km. and over 80 human skulls piled in two groups and associated with human sacrifice.