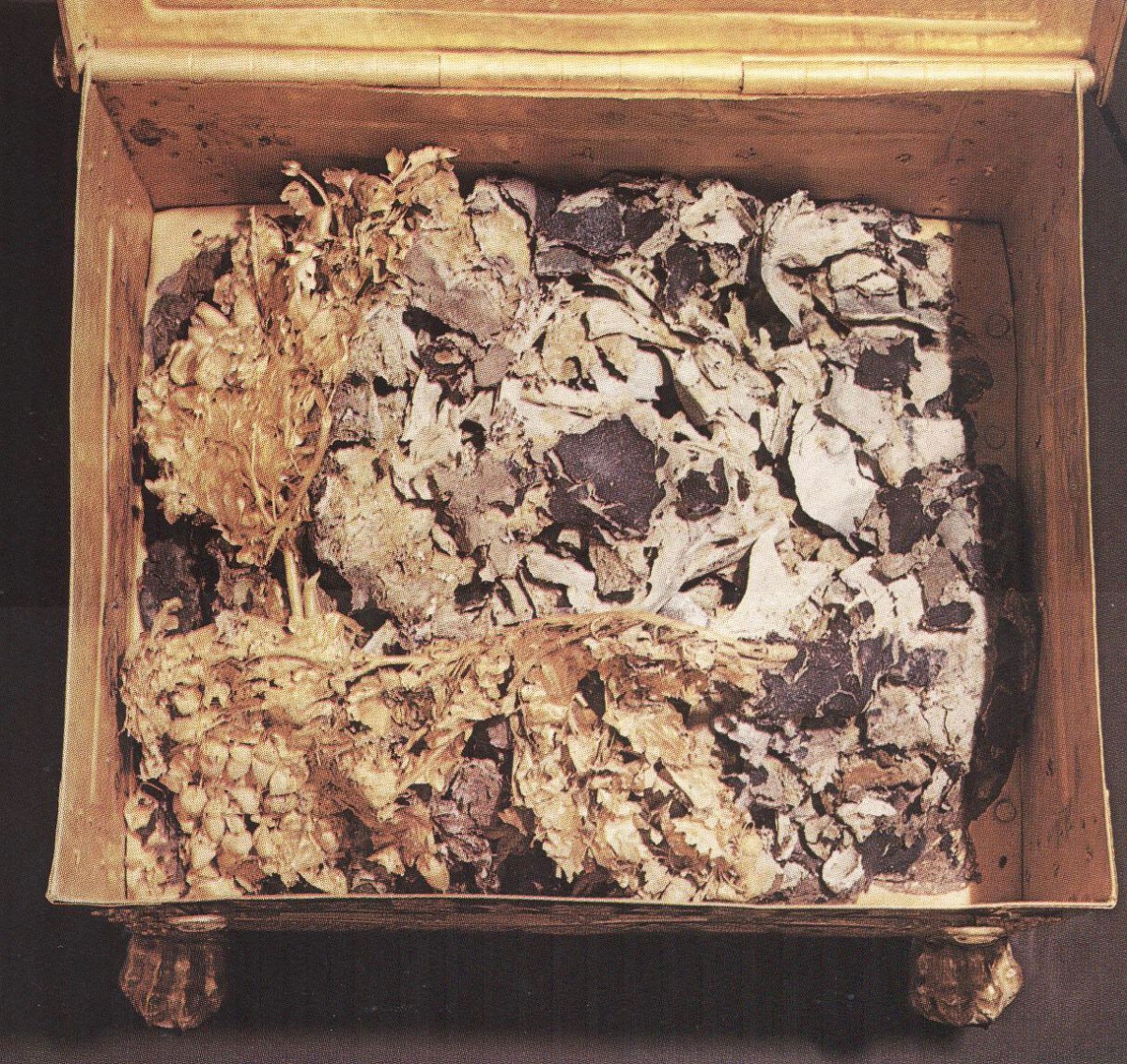 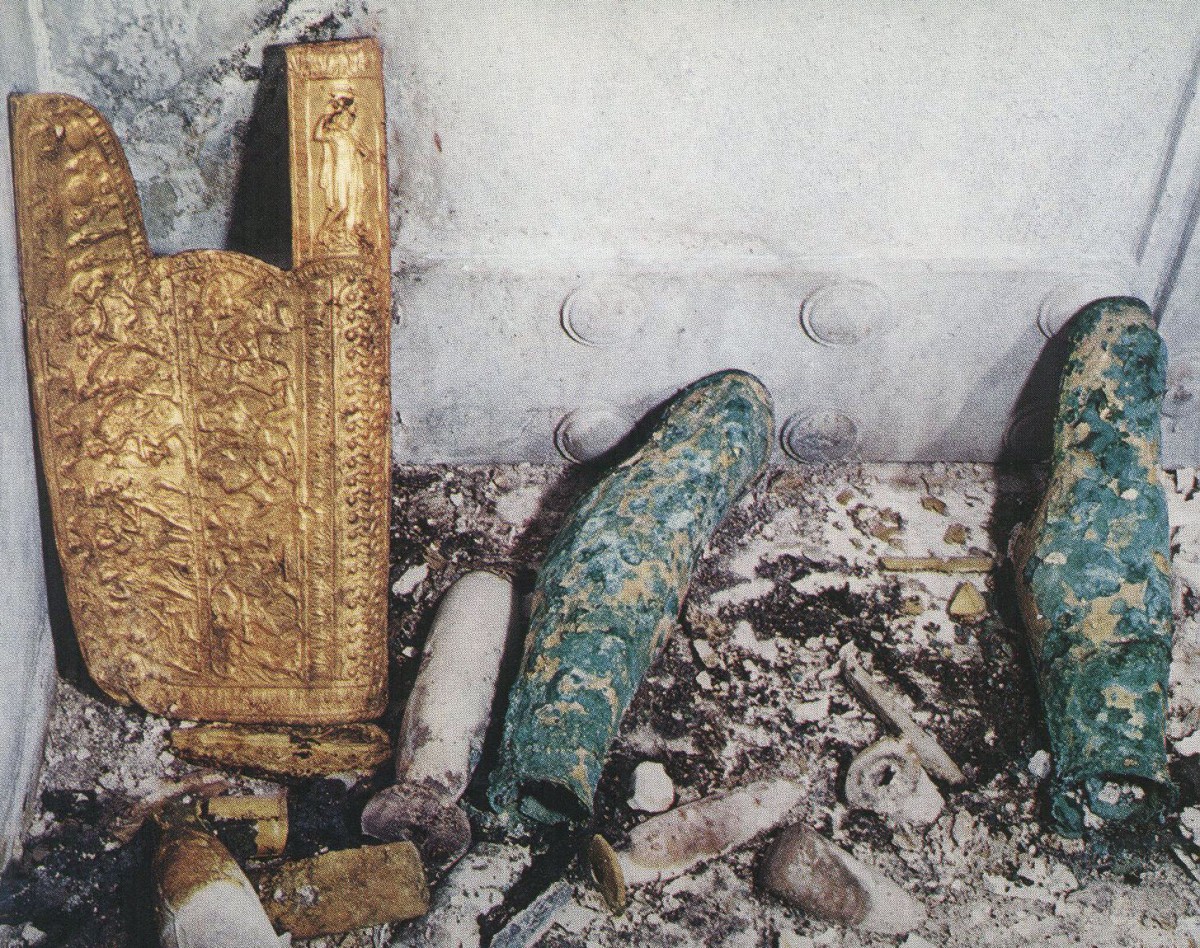 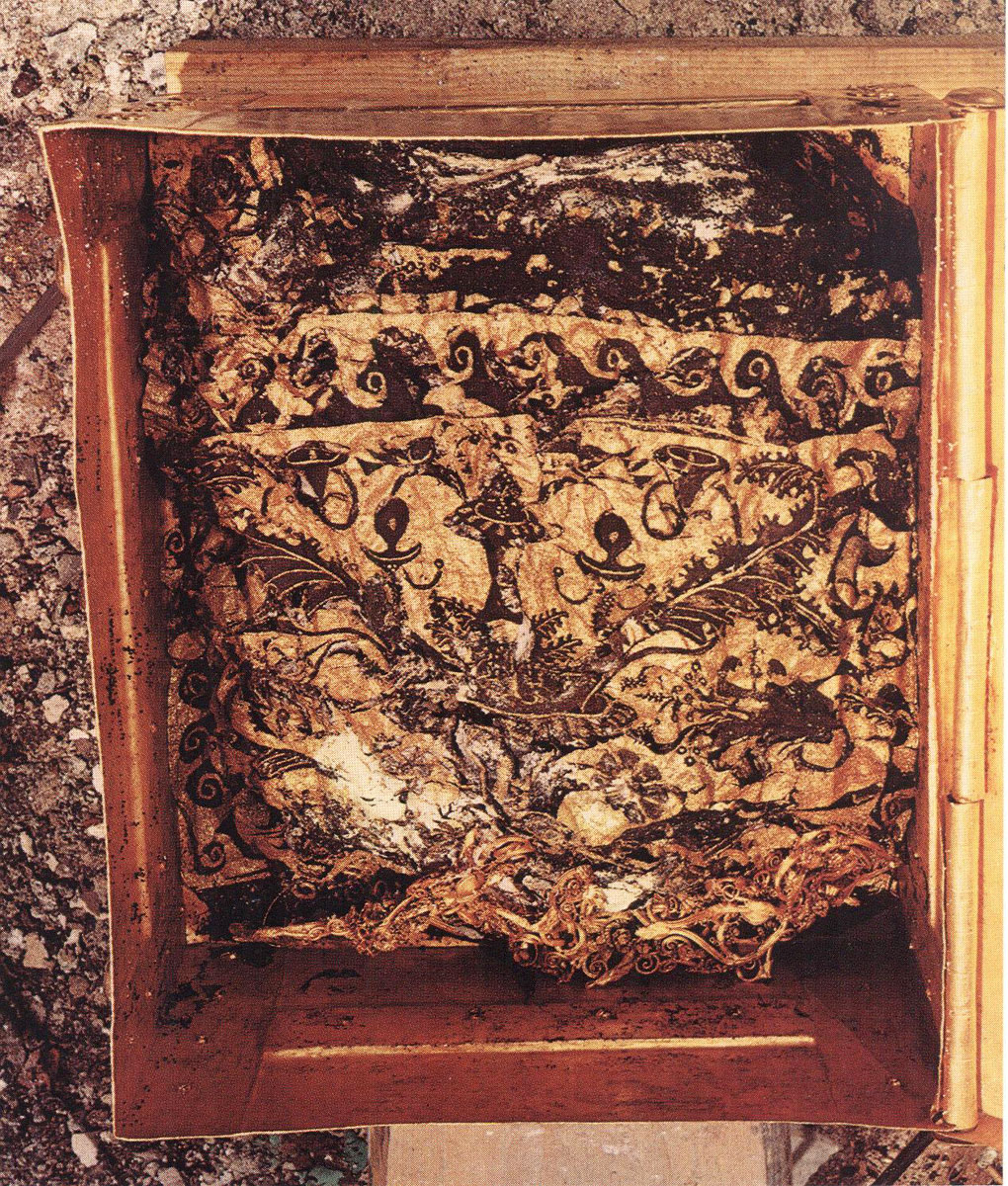 Everything points to Philip II and a female warrior

The reexamination of the skeletal material from the Tomb II of the Great Tumulus in Vergina from 2010 until today is part of a broader scientific research programme aiming at the reevaluation of earlier surveys with the contribution of medical and physico-chemical examination methods.

The aim of this survey is to create a database which will be supported by 3-dimensional scanning and which will give the Greek and international scientific community the opportunity to investigate a sensitive and valuable material without risking its damage.

The anthropological investigation of the two ensembles of the skeletal remains from the chamber and the antechamber of Tomb II (fig. 1, 2), during which 350 bones and fragments were registrated, is accompanied by 3,000 coloured digital photographs and supported by X-ray computed tomographies, scanning electron microscope (SEM) and X-rays fluorescence (XRF), methods that located additional materials on the bones, like royal purple and huntite, which belong to an object not yet identified.

1. Regarding the chamber’s deceased, new finds lead to a more precise definition of age between 41 and 49 years old, while degenerative lesions, chronic conditions and activity indicators point to a middle-aged man with intense equestrian and military activity. This data, combined with the morphological alteration in his bones –indicating that he was cremated just after his death- weaken the theory of his identification to Philip III Arrhidaeus and strengthen the idea of ascribing the tomb to Philip II.

2. For the female deceased of the tomb’s antechamber, new observations in bones not previously identified give an accurate definition of her age (30-34 years old), which definitely precludes three of the possible identifications with historical personalities proposed so far: Cleopatra and Meda, both wives of Philip II and Adea/Eurydice, wife of Philip III Arrhidaeus. Morphological alterations make certain that the deceased was cremated just after her death, just like the deceased in the chamber, while the equestrian activity indicators suggest that she, as well, rode for a long time. A fracture in the upper end of her left leg, that caused the shortening and atrophy in her left leg leads to the conclusion that the pair of mismatched greaves found in the antechamber belongs to her, as well as the largest part of the weaponry found within her burial site.

3. These data reinforce the assumption made on her identity by N.G.L. Hammond, who suggested her identification with an unknown Scythian woman, maybe the daughter of King Ateas, without excluding the possibility of identifying her with Aydata, Philip II’s Illyrian wife.

4. So, from an archaeological as well as anthropological aspect, the research results point to ascribing Tomb II at the Great Tumulus to Philip II and to dating it to 336 BC.

ΙV. The first conclusions from the interdisciplinary re-examination of the skeletal material from the royal tombs of the Great Tumulus contribute to our knowledge of the past and demonstrate the urgent need for its funding.

Chryssoula Paliadeli, Professor of Archaeology at the Aristotle University of Thessaloniki, Director of the AUTh Excavations at Vergina

Dr Thodoros and Lora Antikas, head of the anthropological team

The announcement will take place today, Thursday, 13th March, 2014, at 5.30 p.m., at the School of Philosophy, at the Aristotle University of Thessaloniki, in the framework of the Archaeological Conference about the 2013 Excavations in Macedonia and Thrace (13-15 March, 2014).