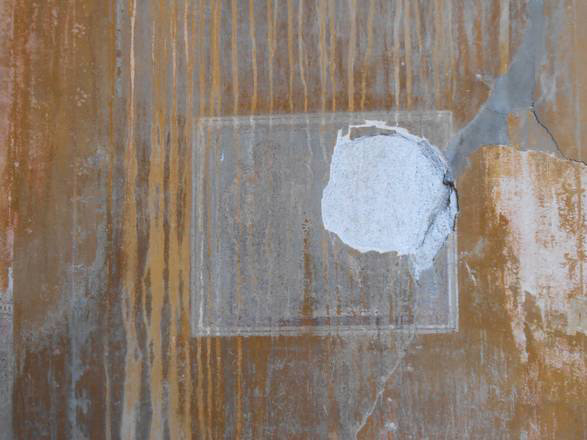 Vandalism considered as the last in a series of unfortunate events happened in the site.

An iconographical composition from the House of Neptune, Pompeii, depicting Apollo and Artemis has been seriously damaged after part of it -the portion depicting Artemis- has been violently removed, according to Italian reports.

According to Italian newspapers Il Mattino and Il Messaggero, who reproduced statements by emploees at Pompeii, the face of Artemis, measuring about 20×20 cm, has been reported missing since last week. After examining the site, the authorities claim the theft is the work of “experts” in crime.

For years, Pompeii, the world’s largest open air museum and a uniquely preserved site, has fallen victim of neglect and infiltration by the local Camorra mafia. The removal of Artemis is just the last incident out of a series of similar events reflecting the site’s mismanagement, which still plagues Pompeii despite numerous EU related attempts to improve safety and security conditions within it.

According to the EU Culture Commissioner Androulla Vassiliou, the theft is a disgrace. “I am very saddened by news of the loss of an ancient fresco at Pompeii. Those responsible for such thoughtless vandalism, or as is more likely, outright theft, should be ashamed of themselves”, the commissioner said in a statement of Thursday. “They have robbed all citizens, both Italian and European, of a priceless heritage that belongs to future generations. I hope the police will arrest the guilty and recover the missing piece as soon as possible”.