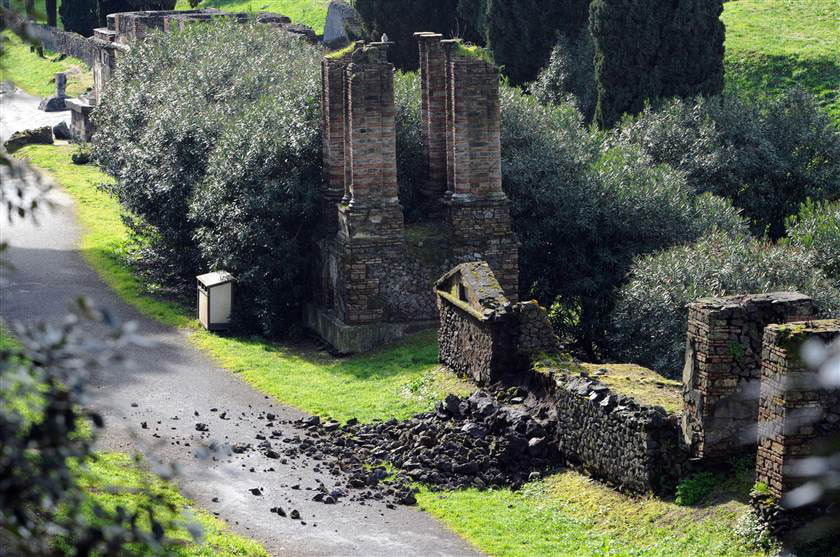 Italy’s Minister of Culture Dario Franceschini has summoned a number of officials responsible for maintaining the site of Pompeii, asking for explanations towards the recent damages noted  in an arch supporting the city’s Temple of Venus as well as in the wall of a tomb in the necropolis of Porta Nocera.

The Temple of Venus is located in an area of the archaeological site which was already closed to visitors, while access to the necropolis has been closed following the collapse of the wall. According to officials, heavy rains in the area of Pompeii have caused the damages, which include the collapse of the Temple of Venus arch last Saturday and then the wall of a tomb around 1.7 m. (5.5 feet) high and 3.5 m. long last Sunday.

The Minister has asked for a detailed report which would state the reasons for the damages as well as verify routine maintenance at Pompeii as well as the progress of an ambitious restoration project launched last year with European Union funds.

The site, famous for being preserved under tons of volcanic material after vanishing following a Vesuvius’ eruption in 79 AD, has suffered a series of collapses in recent years due to neglect.