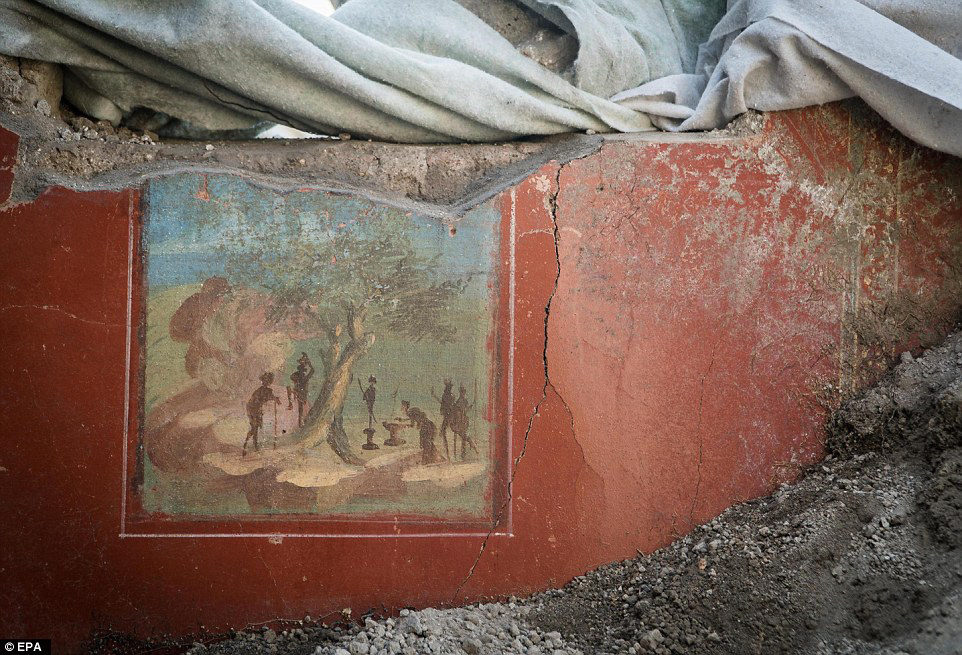 Recent excavations of the House of Jupiter

Archaeologists at Regio V of Pompeii have been excavating the House of Jupiter, home of a wealthy and cultured man. It was given the name “Casa di Giove” (“House of Jupiter”) due to an artwork depicting Jupiter, that was found in the garden of the dome in past excavations.

The house had been partly excavated during the 18th and 19th centuries. But now, more frescoes and other objects came to light, giving new insights in everyday life.

The residence had a central atrium, surrounded by rooms, an entrance along the alley of balconies, also recently found, and at the bottom an open colonnaded space overlooked by three other rooms.

The rooms around the atrium, which must have functioned as reception areas, were richly decorated in primo stile pompeiano, or first Roman style: stucco panels imitating marble slabs painted in vivid colous, such as red, black, yellow and green.

“The rooms in the back, reserved for the family, had been restored with more contemporary decor. The domus had vintage decoration in the first Pompeian style. The owner must have been wealthy and cultured, aware of the value of painting,” Director of the Pompeii Archaeological Park, Massimo Ossana, said.