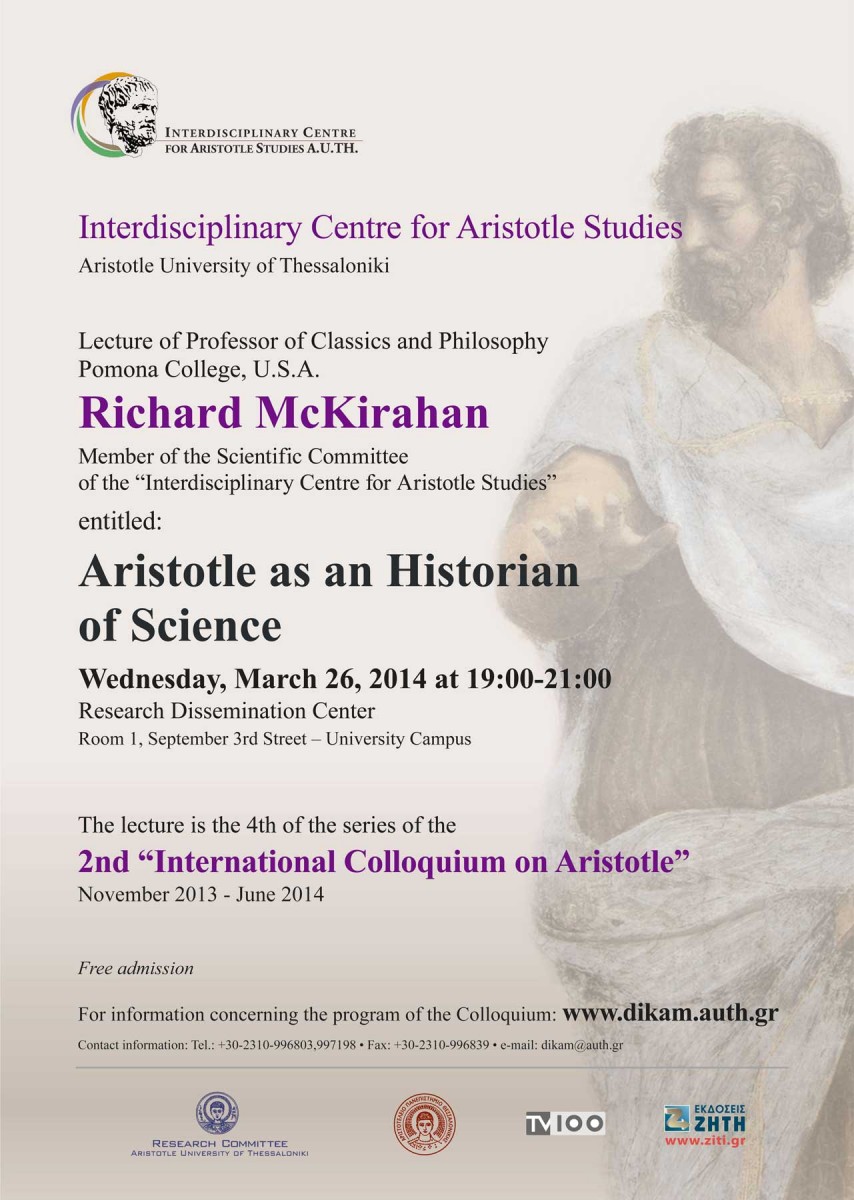 Aristotle as an Historian of Science

On Wednesday, March 26, 2014 Richard McKirahan (Professor of Classics and Philosophy Pomona College, USA and Member of the Scientific Committee of the “Interdisciplinary Centre for Aristotle Studies”) will give a lecture entitled “Aristotle as an Historian of Science.” The lecture is the 4th of the series of the 2nd “International Colloquium on Aristotle.”

As Professor McKirahan will elaborate in his lecture: “The aim of this project is to investigate the complex relation Aristotle had with his predecessors in the area of natural science, and chiefly with the Presocratic philosophers. Even though his surviving works do not have the form of historical writings, he frequently refers to his predecessors. References of this kind form an important element of his scientific research methodology. The question is whether they amount to history, whether or not they have a historical purpose. I employ Michael Frede’s taxonomy of different practices and approaches that are used in the history of philosophy to understand in what sense or senses Aristotle was in fact an historian of science and also to display his key role in the subsequent development of the practices of the history of science.”