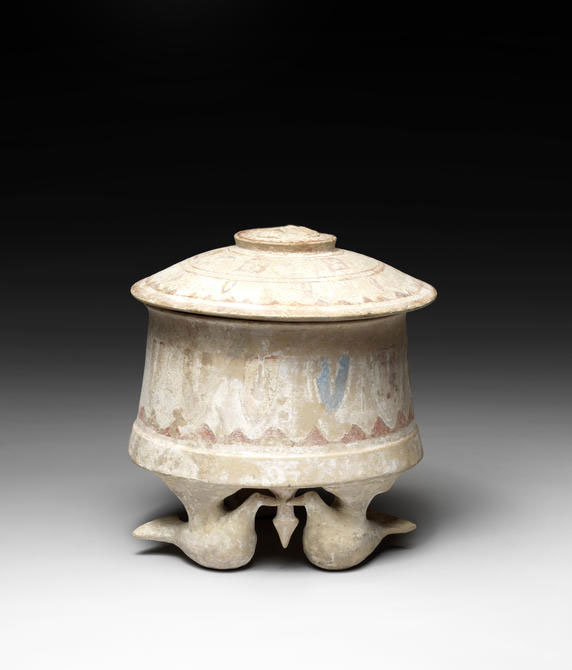 “Since 2007 I have been identifying antiquities, depicted while not yet conserved, in these photograph archives, before the auctions take place. Since this happens several times every year, it is not usually considered ‘newsworthy’ by sources that non-experts notice, even though the estimated value of the objects I’ve identified ranges from a few thousand to several million pounds,” writes Christos Tsirogiannis of the University of Cambridge’s Division of Archaeology on the identification of Medici and Becchina pieces in a short article published in Apollo (“Auction houses should do more to root out looted antiquities”, April 2, 2014).

After Tsirogiannis recognised Christie’s oinochoe (2nd/1st c. BC) and Bonhams’ pyxis (4rd c. BC) from photographs of antiquities looted by the notorious dealers Italian dealers Giacomo Medici and Gianfranco Becchina in the 1980s and ’90s, both auction houses withdrew the items from upcoming antiquities sales. It’s not the first time Tsirogiannis has flagged up possibly looted works in auction house catalogues.

“Every time I identify in upcoming auction house sales antiquities in the photograph archives of convicted dealers, I notify the relevant authorities. They always request the withdrawal of the identified objects, but the auction houses very rarely act (and even more rarely do they repatriate objects),” explains Tsirogiannis and adds that “Christie’s themselves owned or co-owned the oinochoe they were about to sell. All the more reason for them to have double-checked its origins.”

Both auction houses claim they take illicit trade very seriously and check the origins of every object they sell. “We work with all the international agencies to ensure that we sell only works of art which are legal to sell,” a spokeswoman for Christie’s stated, while a statement from Bonham’s said: “We take immense trouble to check and verify the history of any object we sell and work closely with the Art Loss Register, the British police and Interpol on establishing accurate provenance.”

However Tsirogiannis says that: “Honest ‘due diligence’ would be if the auction houses themselves directly informed the Italian, Greek and other authorities before they put up for sale objects without a documented collecting history before 1970 (the date of the UNESCO Convention against illicit traffic of antiquities), to verify that the antiquities are completely legitimate. Private collectors and galleries should do the same.”

“This is not an unusual case, I’m afraid,” he comments. “This is happening at least once a year.” Regarding the publicity of his findings, he comments that “so far, with few exceptions, only specialised websites regularly present my identifications, such as Professor David Gill’s Looting Matters blog, the blog of the Association for Research into Crimes against Art (ARCA), and Artemagazine by Italian journalist Fabio Isman. It is unfortunate that people do not have the chance to be better informed every time there are identifications. Despite the publicity, I expect the situation to go on, and more revelations to come.”