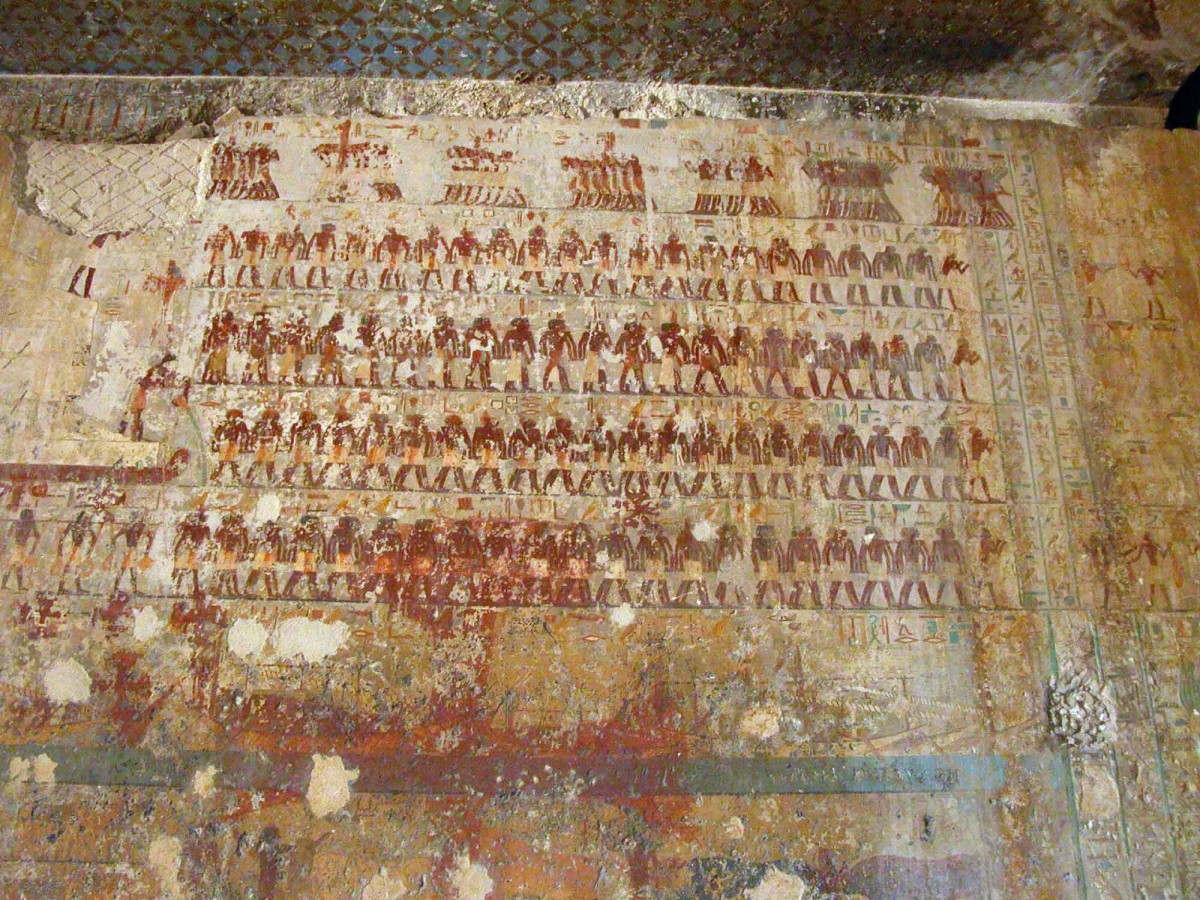 From moving a stone to building a pyramid

Another theory on how the ancient Egyptians managed to move the stones they used in pyramid-building was presented recently by a team of researchers from teh University of Amsterdam.

It is generally accepted that during the building of pyramids, the builders had to move  the building material (granite blocks) upwards by pulling them on a giand sled over sand. But how easy was that? According to the study published April 29 in the journal Physical Review Letters, the pyramid builders only needed to dampen the sand in front of the sled using water. This way, they would reduce the friction caused by pulling the sled, making it easier to move.

Researchers, led by Amsterdam Uni. physicist professor Daniel Bonn, actually used ancient Egyptian sources to figure out their finds. In fact, they got inspiration from a wall-painting in the Middle Kingdom tomb of Djehutihotep at Deir el-Bersha (c. 1900 BC), where 172 men are depicted pulling a colossal statue using ropes attached to a sledge, while a single man is depicted pouring water in front of the sledge to achieve this exact minimization of friction. The source is much later than the Great Pyramids but the Egyptians may have depicted a well-tried transport method here.

“Egyptologists thought it was a purely ceremonial act,” says Bonn, whose team, as a group of scientists, preferred to take the piece of  info litterally. They just had to think: “Why did they do it?”.

The team only had to make an experiment. They constructed miniature sleds and experimented with pulling heavy objects through trays of sand. Pulling on dry sand was difficult as sand would crumble under the sled. Wet sand, however, was a stiff, smooth surface allowing the pulling to proceed in an easier way.

“It turns out that wetting Egyptian desert sand can reduce the friction by quite a bit, which implies you need only half of the people to pull a sledge on wet sand, compared to dry sand,” Bonn said.

Researchers added that over-wetting sand would also create problems in building. “If you use dry sand, it won’t work as well, but if the sand is too wet, it won’t work either. There’s an optimum stiffness.”, says Bonn who, along with his team, estimated that the analogy of water/sand would be between 2% and 5% (depended on the sand quality).

They also conclude that their findings also have modern-day applications, as they are related to the behaviour of other granular materials, such as asphalt, concrete or coal.