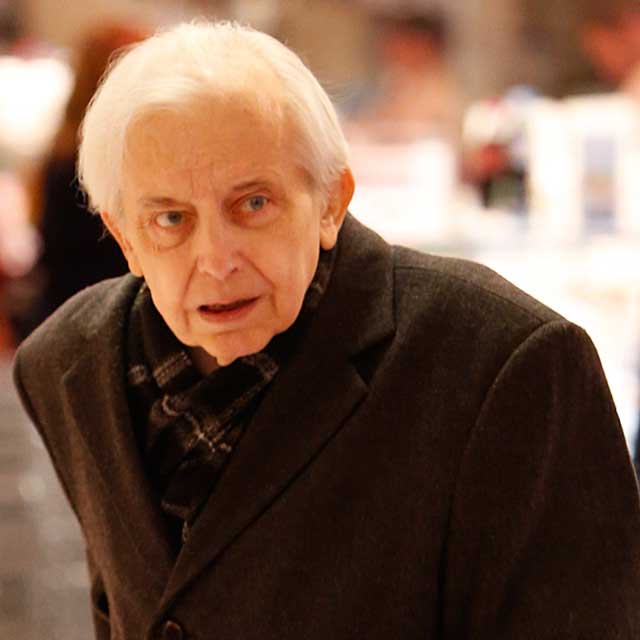 Death of a Phantom

He never saw his beloved paintings again: Two years after the confiscation of the valuable masterpieces the heir to Nazi-era art hoard Cornelius Gurlitt died at 81, in his apartment in Schwabing on Tuesday following heart surgery. His case put the art world in an uproar, making headlines across the world and evoking lively discussions about Nazi looted art.

The life of a phantom

Before the German newsweekly Focus broke the story of Mr. Gurlitt’s collection almost no one, even in Germany, had heard of him. Shy and reclusive, he lived alone in his apartment in Munich, anonymous even to local officials. He seemed to pass through life unnoticed, almost a phantom.

“There is nothing I have loved more in my life than my pictures” he claimed in a Spiegel interview last November – the only one he gave. As he died without known heirs, the big question is what will become of these approximately 1,280 paintings and drawings.

Although Mr. Gurlitt insisted in the Spiegel interview that he would never give up any of the works, on April 7, 2014 he reached an agreement with government officials. By this agreement the seized artwork were to be returned to Gurlitt in exchange for his co-operation with the government-led task force charged with determining which of the pieces were stolen and returning them to their rightful heirs.

Thus the agreement “bypassed the 30-year statute of limitations that applied to stolen property in Germany, and in doing so, represented a willingness by the German government to resolve outstanding claims related to Nazi-looted art works,” according to a New York Times article (April 7, 2014).

The quest for justice

Investigations about the provenance of the confiscated masterpieces could go on, while according to Mr. Gurlitt’s spokesman, Stephan Holzinger, it would be “up to a court to determine whether there is a valid will or contract of inheritance.”

Gurlitt’s lawyers said they had no idea who stands to inherit his art collections. According to Spiegel, it is said that the art collector did have a will, in which he leaves most of the works to a swiss institution. If this is true, a completely new chapter would open in an already complicated case. There is still much to be done. Up to now not one of the paintings that proved to be looted art has been returned. The quest for justice has just began…