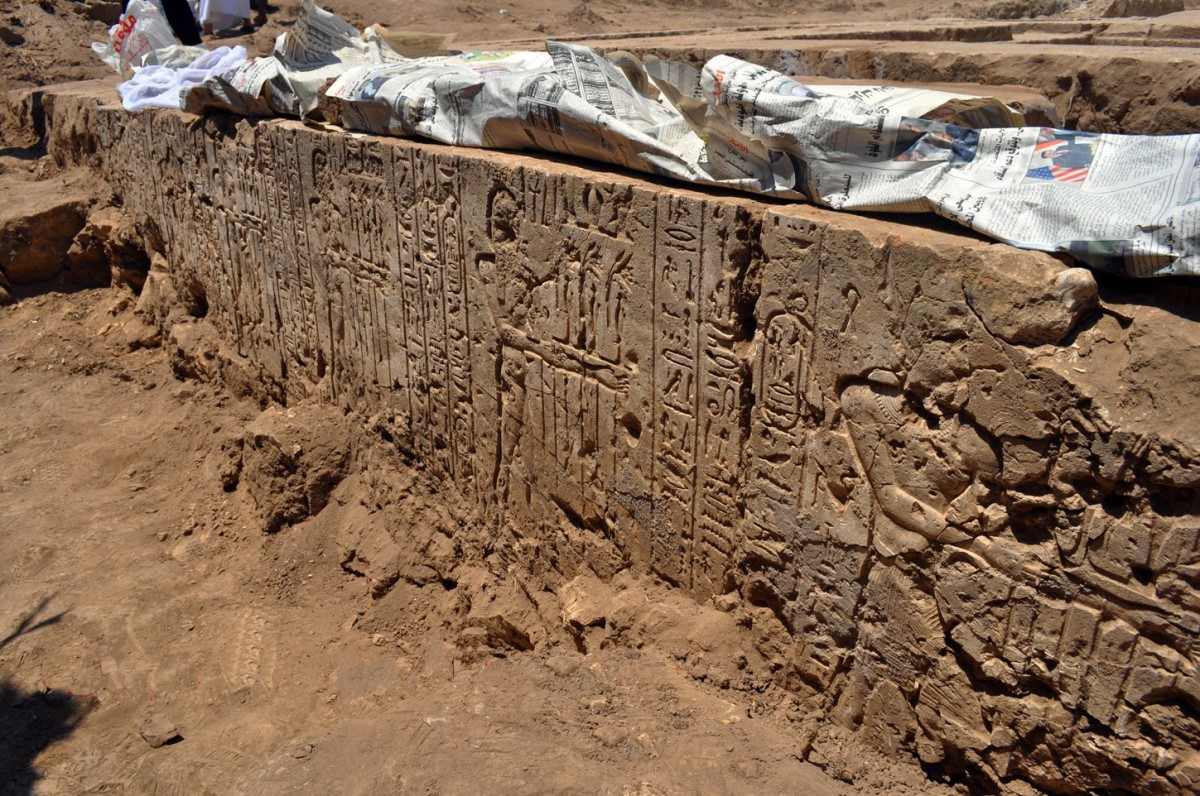 Near Beni Suef in Middle Egypt

A yet unknown temple of Ptolemaic date has been brought to light by an Egyptian state archaeological mission according to a recent announcement by the Ministry of Antiquities.

Made of limestone and probably dedicated to Isis, the temple had been commissioned by King Ptolemy II Philadelphus (284-246 BC) according to inscriptions on blocks recording the name of this king, which were unearthed in a certain part of the temple. This part, which was fully excavated, was divided into few rooms where pottery was also found. Ptolemy II is prominently portrayed also on the exterior of the eastern side of the temple, bearing offerings and followed by the figure of the Nile god Hapi.

Commending on the finds, Minister of Antiquities Mohamed Ibrahim said that, “more excavations has to be carried out to uncover more of the architectural elements of the temple soon”.