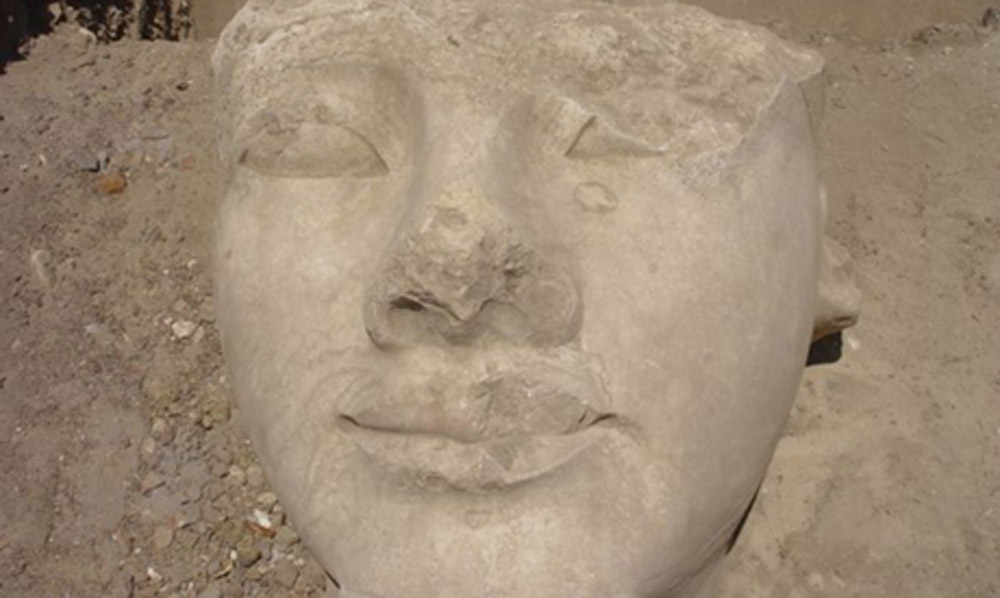 Head of Ramses II in Akhmim removed and stored

The limestone head which was once part of a colossal statue of Ramesses II has been removed from its original spot in Akhmim, Middle Egypt, over concerns about its safety.

The head was uncovered six years ago within a modern cemetery situated on an area which is believed to have housed a temple commissioned by Ramesses II. Due to the  research activity which had to take place, the area was proclaimed an archaeological site and the cemetery was relocated. Still, since January 2011, all work was put on hold while the poorly guarded area has been used as a garbage dump.

“This situation is not anymore the case,” says Adel Hussein, head of the Ancient Egyptian Antiquities section. The head of Ramses II and all objects found there have now been moved to storage in the Sohag inspectorate for protection. According to Ahram Online, the ministry’s guards are also onsite, to protect it from illegal excavations or other negative encroachment.

Akhmim (ancient Panopolis), was the capital of Upper Egypt’s 9th nome and the cult centre of the fertility god Min.